Little babies are so innocent and helpless that it’s incredible when I hear about people abusing newborns and infants. Recently, a five-month-old baby who had been on life support since last Monday after being brutally beaten by his mother’s boyfriend has died.[1] 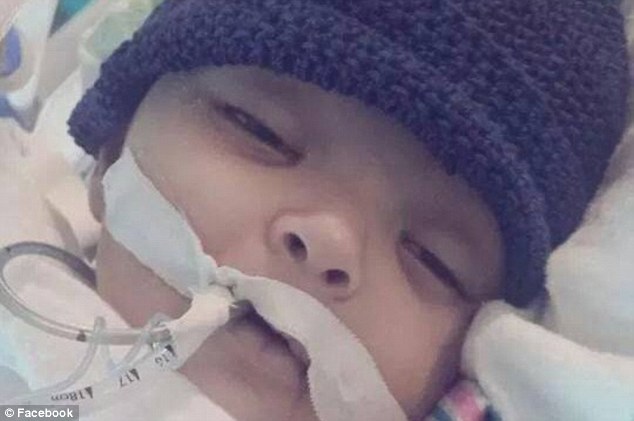 Andres Bravo, who was admitted to Miami Children’s Hospital with brain injuries, a lung contusion, retinal hemorrhaging to both eyes and bruising to his buttocks, was taken off life support on Saturday, after doctors determined his injuries were too severe.

These injuries all occurred while the infant was alone with his mother’s boyfriend, 27-year-old Antwan Sawyer, who claims they were sustained when the child fell off a bed. Investigators and medical examiners immediately realized the infant’s injuries were non-accidental, and arrested Sawyer on Tuesday. This is Sawyer’s tenth arrest since 2005 according to police.

Now, as Sawyer’s charges are raised from aggravated child abuse to attempted felony murder, Andres’ father, Adolfo Bravo, is calling on authorities to arrest his son’s mother, Sascha Marie Garcia, for allowing this tragedy to happen. An emotional Bravo told WPLG, ‘I feel like she’s very responsible for the whole incident.’

He then pointed out there were several examples of cases in Florida where even though the mother was not at the scene of the actual crime, she was still charged with neglect. He added that after speaking with homicide detectives he is certain Garcia will be picked up, and a petition has been started to see that she is charged on the Justice for Baby Andres Facebook page.

A neighbor who lives directly below Garcia and Sawyer in their south Miami apartment told the Miami Herald she often heard the mother yelling and cursing at Andres and another toddler. Police claim Garcia works as an exotic dancer at a local strip club, The Office. She is believed to have been at work when the beating occurred.

And it was the mother who called Bravo to alert him of his son’s injuries last week, though she failed to express to her ex just how severe they were at the time.

Baby Andres would have been six-months-old on Sunday.

I agree that the mother of the child is at fault. Parents (especially women) NEED to realize that a baby and a child is precious cargo that should rarely be left with non-family.