FLASHBACK: Democratic Socialists Protest In 1941 For ‘Peace With Hitler’

They are the party of the KKK, slavery, racism and now apparently Hitler-sympathizers[1]. Back in 1941, some socialists took to the streets to spread a message of ‘Peace with Hitler’ around the country. Luckily, no one payed any attention to them at the time. 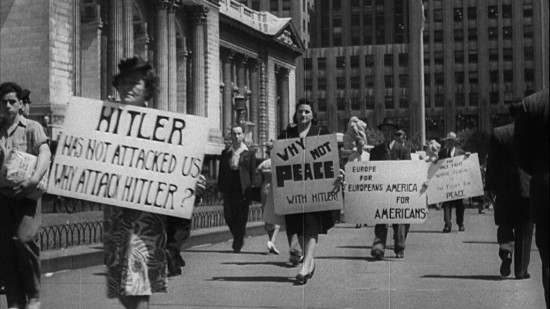 These are the same anti-war types back in the 60’s and 70’s who spit on American soldiers when they came back from Vietnam.

But, the Left likes to make sure that their history of sympathizing with the Nazis and the KKK is quickly forgotten because they need as many votes as they can get.