FLASHBACK: Hillary Clinton Claimed She Tried To Join The Marines And The Media Never Looked Into It

Hillary Clinton has lied about so much that it’s hard to remember everything she’s lied about.

Back in the 1990’s though, Clinton claimed that she tried to join the Marines and the media never really researched the lie. But now, it’s all being brought out once again.[1] 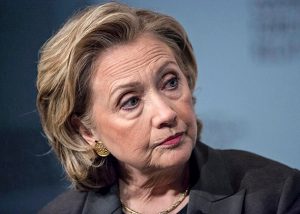 While Politico and the rest of the left-wing media attempted to slander Dr. Ben Carson over his supposed “lie” regarding a scholarship offer to West Point, they’ve been significantly less interested in whether 2016 Democratic frontrunner Hillary Clinton lied when she said she tried to join the Marines as a young woman.

Maureen Dowd, writing for The New York Times[3], originally covered the story in 1994. She wrote:

Speaking at a lunch on Capitol Hill honoring military women, Hillary Rodham Clinton said that she once visited a recruiting office in Arkansas to inquire about joining the Marines. She told the group gathered for lunch in the Dirksen Office Building, according to The Associated Press, that she became interested in the military in 1975, the year she married Bill Clinton and the year she was teaching at the University of Arkansas law school in Fayetteville. She was 27 then, she said, and the Marine recruiter was about 21. She was interested in joining either the active forces or the reserves, she recalled, but was swiftly rebuffed by the recruiter, who took a dim view of her age and her thick glasses. “You’re too old, you can’t see and you’re a woman,” Mrs. Clinton said she was told, adding that the recruiter dismissed her by suggesting she try the Army. “Maybe the dogs would take you,” she recalled the recruiter saying. “It was not a very encouraging conversation,” she said. “I decided maybe I’ll look for another way to serve my country.”

Does this really seem like a legitimate story? Power-hungry Hillary Clinton trying to join the armed forces?