“Fleeing” Muslims Have No Idea Woman Is FLUENT in Arabic, EXPOSE Terrifying Plan Right in Front of Her

A young European woman, Aida Bolevar was recently traveling by train from Budapest, Hungary, to Vienna, Austria, when she encountered what can only be described as a migrant horde crowding the trains and train stations. As the loud, angry crowd of mostly male Muslims invaded the station, she found herself having to force her way through the crowd. Enduring attempts of the men trying to steal her luggage, and being at the receiving end of a lot of their THREATS…which SCARED HER MOST. Because what the fleeing Muslims did not know, was that Aida, spoke fluent Arabic….and could understand the HORRIFYING actions[1] they planned to take as they discussed them RIGHT INFRONT OF HER! 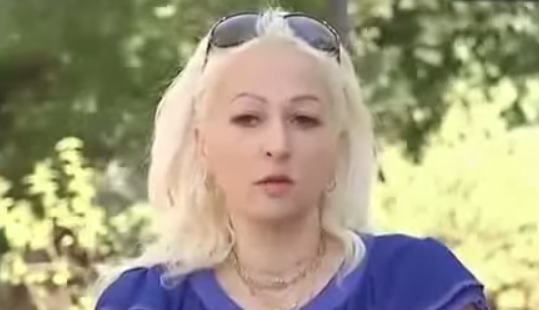 Little did the throng of Muslims know, Bolevar is fluent in Arabic, having spent more than five years living in the Middle East studying the language and the Koran. She understood much of what the mass of Muslim men were saying.

Bolevar described the mass of people gathered at the train station in Budapest as filthy, angry and loud. They reportedly attempted to block her entrance into the station and steal her luggage as well.

Suffering a host of insults hurled her direction, she waited for the train among the mass of people, of which she estimates 90 percent were healthy fighting-age men, while witnessing people defecate in public, fight among each other and beat their women and children.

As she struggled to enter the train with the handful of other ticket holders, she described men grabbing random children and using them as shields to force their way to the front of the crowd.

Once on the train, she experienced a moment of peace, before suddenly a mass of migrants forced their way onto the train car, fighting with each other and saying awful things.

Bolevar alleges that the men then began talking about whether or not they should rob the passengers on the train and rape her, which would be pleasing to Allah, as they were infidels, especially her, for not being dressed properly in a hijab.

Once the train finally stopped, Bolevar and the other paying passengers had to force their way through the crowd to exit the train car, protecting their luggage from grabbing hands, while some of the men discussed taking them as hostages.

She described the station as being under siege, with the throng of mostly men turning down offerings of food while demanding money.

In her opinion, these Muslim migrants have no interest in learning the language or a trade, assimilating with European culture, or becoming productive citizens. They are instead focused solely on leeching off of the welfare state and waging jihad.

Granted, Bolevar’s experience is but one anecdote among many, but it would seem at the very least to demand further investigation into the identities and intentions of the refugees currently invading Europe. It is time everyone understands what is really going on with this wave of Muslim migrants.

Look what they are doing to the ‘host countries’ in Europe where they are ‘mass invading’-not immigrating to…If the media will not report it to the general American public, and if it isn’t happening on their doorstep, people will deny it is happening at all. By the time the ignorant mass of Americans realize what is going on, it will be too late. Reports out of Germany are talking about a police state and Obama would love NOTHING MORE than to make our Country follow suit. So, if mainstream media REFUSES to report the truth, what can YOU do to EXPOSE IT? Share it. You know what to do.