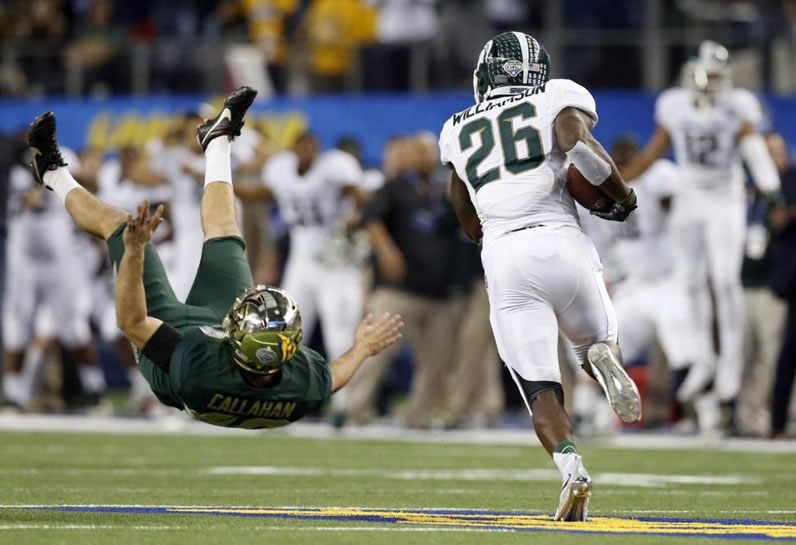 [1]This looks rather painful; fortunately, Baylor’s Christopher Callahan appears to have recuperated just fine after being massively blasted into the air by an opposing player from Michigan State. Kickers can be some of the smaller players on the team, so it was reassuring to see not only did he pick himself up quickly but was able to joke about it later.[2]

According to The Blaze,

During Thursday’s Cotton Bowl between Baylor and Michigan State, Callahan lined up for a field goal. But it was blocked. Callahan then took off toward the Michigan State player who had the ball to try and prevent a run-back. That’s when he got absolutely destroyed by a blocker.

Watch the knockout video below, where Callahan flies into the air then lands on his back.