Football player Marshawn Lynch’s accuser could spend a year in jail for falsely claiming the Seahawks running back punched her, when she actually ‘drunkenly fell on her face’

Jammie Ficarelli, 31, is being accused of lying to police when she alleged that Marshawn Lynch, a running back for the Seattle Seahawks, punched her in the face and damaged her Louis Vuitton purse in an altercation at the Hilton Bellevue Hotel. As it turns out, the evidence proves that Ficarelli drunkenly fell on her face at least a mile away from that hotel.[1] 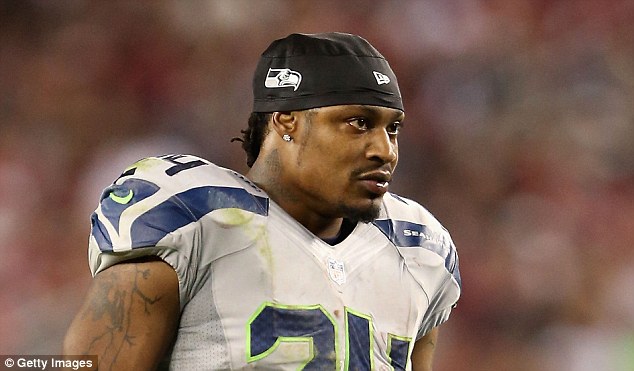 A Seattle woman who lied to police and falsely accused Seahawks running back Marshawn Lynch of assault could spend up to a year in jail for the stunt.

The Bellevue Police Department on Thursday recommended criminal charges against Jammie Ficarelli, 31, who told authorities that Lynch, 28, had punched her in the face on Aug. 10. She also claimed her Louis Vuitton purse had been damaged in the alleged attack.

But cops say that Ficarelli was wasted the night she claims she was assaulted and mistook a 5-foot-11 black man with dreadlocks for the NFL player, according the Bellevue Reporter.

Instead of being punched by Lynch, she drunkenly fell on her face outside the posh Bravern building — at least a mile from where Lynch had checked into the Hilton Bellevue Hotel with the rest of his team, court records show.

Ficarelli had plowed through drinks at the Blue Martini, a bar inside the posh Bravern apartment complex, and was invited upstairs by one of the building’s residents.

Security footage shows Ficarelli with this man, who wasn’t identified. He told police that he repeatedly told Ficarelli he didn’t play for the Seahawks, court records show.

The man says she had a ‘major mood swing’ when she arrived at his apartment and he asked her to leave several times.

Once outside, Ficarelli was ‘swaying back and forth, had slurred speech and smelled like alcohol,’ one security guard told cops.

The public has a tendency to believe women when they allege assault, especially when the man being accused is famous. This case shows that you can’t always believe the “victim,” and that you have to wait until all of the facts come out to form an opinion. This man’s reputation has been tarnished  because of one drunk woman’s unsubstantiated claims, and that’s extremely unfortunate.