In Licking Heights, Ohio, there is a high school that houses at least one student athlete that isn’t afraid to represent and honor real heroes. 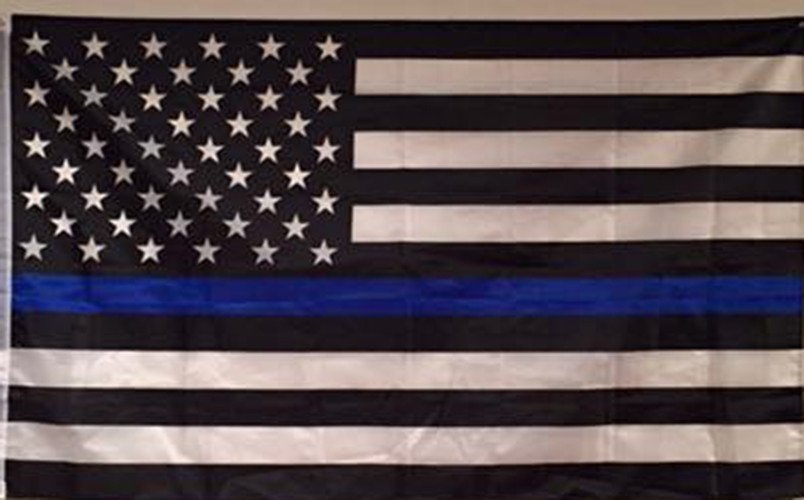 A high school football player was recently pictured wearing his uniform and taking to the field, just as he would normally do on any other game day, except this time it wasn’t any other day. A photo of the teen was captured of him holding a flag in his hand as he came out and it has since gone viral, with police officers across the nation rallying behind it.

L.A. Kelly II was that player who was captured coming out to the field waving an American flag. It turns out that he is actually the son of a police officer and so therefore knows precisely what kind of sacrifices officers make on a daily basis. Kelly took it into his own hands to fight back against the ill-informed hatred that the Black Lives Matter movement has been stirring up for cops across the country. Before game day, Kelly asked his coach if he could do a display that would honor law enforcement before the the game started. 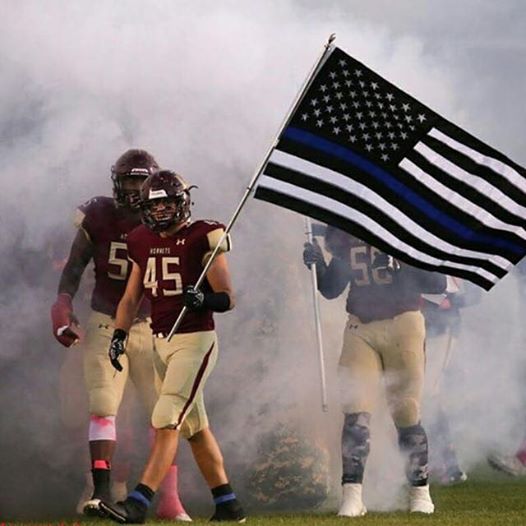 When the boy stepped out on that field to showcase to everyone that was attending, no one knew that what he was going to do would have such a widespread effect on the game and the nation. Kelly stood and walked out on the field in honor of his father and law enforcement everywhere, carrying a thin blue line American flag – a sign of respect for those officers who had fallen in the line of duty.

This kind of act would have been the norm just three, maybe even two years ago. This is a student that understands the facts of who police officers really are. In general, and widespread, they are just normal people doing a job, trying to care for their families while staying alive and being put in impossible situations.

Communities must stand for them. We are the only support that will make a world of difference in their lives.