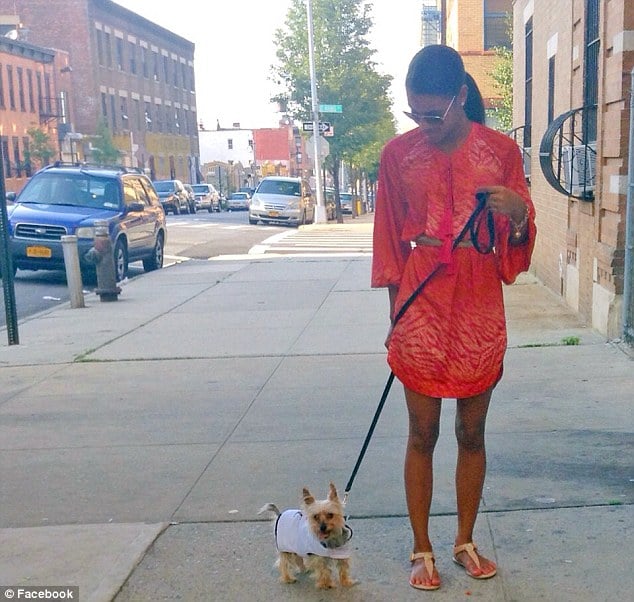 [1]This is one of those stories so horrific it’s painful to report. Prince Shembo, the 254-pound linebacker for the Atlanta Falcons, kicked Dior, a tiny dog belonging to his girlfriend Denecia Williams, so hard it died, then had the nerve to claim afterward it was self-defense.[2]

His attorney, Jerry Froelich, said the linebacker was bit in the hand by Williams’ dog, a Yorkie named Dior, when he was putting it in a cage and he kicked the defenseless animal as a reflex.
…
Dior suffered numerous injuries – including a fractured rib, fractured liver, abdominal hemorrhage, thoracic hemorrhage, head trauma and a hemorrhage in the left eye with internal injuries – but Froelich would not comment about the number of times the dog was kicked.
…
The Falcons acted swiftly after the warrant was announced and waived the young linebacker.
… 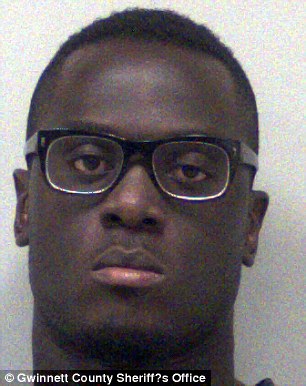 [3]Before the arrest, Williams said she had taken Dior to Shembo’s apartment on April 15 and that after she left the dog alone with the 23-year-old player, she came back and the animal was unresponsive.

She took the dog to an animal hospital, where he died a short time later.

Shembo told her the next day he had kicked the dog and she broke up with him.
…

The aggravated cruelty charge carries a minimum of one year in prison and a maximum sentence of five years, as well as a fine of up to $15,000.

The body of the dog underwent a necropsy at the Gwinnett County Animal Shelter.

The results on the deceased dog came in on May 28 and investigators revealed ‘Dior had significant internal injuries and the cause of death was blunt force trauma’.

Gwinnett County police said they obtained the warrant for Shembo ‘because of the inconsistencies of the suspect’s account of what happened and the results of the necropsy’.

The second-year player was investigated for allegedly sexually assaulting a Saint Mary’s College freshman in his dorm room in 2010 while he was playing linebacker for Notre Dame.

The alleged victim killed herself ten days later by overdosing on antidepressants and Shembo was never charged.

Fortunately his girlfriend and the Falcons did the right thing to stop this monster, but it was too late. Too often, famous folks think they are entitled to throw fits and not play by the rules the rest of us must adhere to. Let’s hope he receives fair justice and not just a slap on the wrist by some star-struck judge. Otherwise, what’s to stop him from doing something like this again?