I’m sure this will be another one of those things that President Obama learns about in the news. A former intern on his reelection campaign is conducting a hunger strike in front of the White House, over harassment and discrimination[1] that she experienced in the 2012 election cycle. (Then again, this isn’t quite as sensational as Al Sharpton struggling with the English language, so it might not actually be picked up by many media outlets after all.) 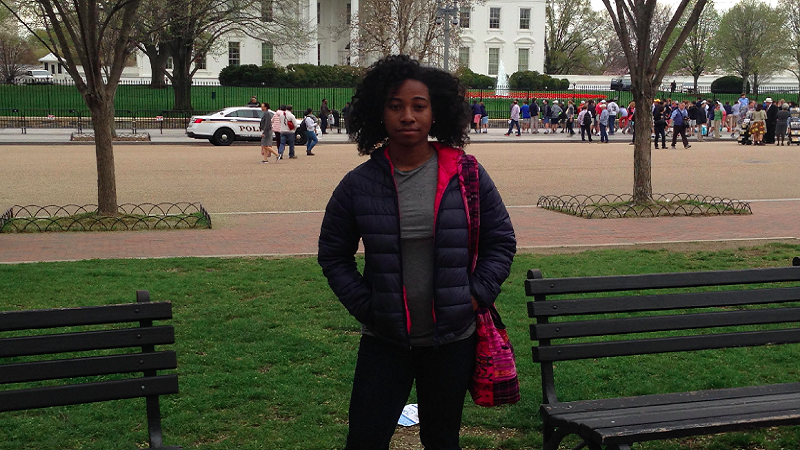 Marisa Adam has spent her spring break conducting what she says is a 17-day and counting hunger strike in front of the of the White House in the hope of getting a response to the harassment she says she experienced while interning for President Barack Obama’s 2012 re-election.

She says white male colleagues at Obama’s Chicago headquarters verbally harassed her, pulled her hair and touching her skin. After reporting it, she said she faced retaliation from her supervisors.

She says she’s been on a hunger strike since the beginning of April, and won’t stop until she gets acknowledgment from the White House…

Even as she wants a response from the White House denouncing the actions of some on the campaign, Adam said she doesn’t blame the president, though she does think differently of him.

“I’m not saying he intentionally wants people to behave that way,” Adam said. “What speaks the loudest to me is that they would only do that if they felt they could get away with it.”

When she first reported what was going on, she said a human resources staffer told her, “The president would not be happy this was going on.”

But that attitude from the campaign apparently changed: In her complaint, she said she applied for several paid positions that she did not get. She said supervisors noted the lack of diversity in the white and male-dominated campaign staff.

“I complained about discrimination and harassment that I experienced,” she wrote in the EEOC complaint. “As a result of my complaint, I was told to leave the campaign and that I could not work in a paid positions for respondent. I was then demoted to volunteer. All of the white males who worked with me in the political department who applied for paid positions were offered and/or hired for those positions.”

I guess the war on women continues. What Marisa should be learning from her ordeal, is that the American left does not own the patent on compassion. And it’s not surprising that such behavior would be tolerated, and largely ignored, by a reelection team working overtime to portray themselves as the champion of victims and the oppressed.

After all, to a true Obama fan, it was all for the greater good. Right?