In the middle of an interview with Bloomberg Politics, former US Ambassador John Bolton did what John Bolton does best: Articulate a firm grasp of the obvious. (And, really, I don’t mean that as an insult.) With clarity and brevity, the former Ambassador highlighted the single largest problem Obama has [1]when discussing the Iranian nuclear deal. 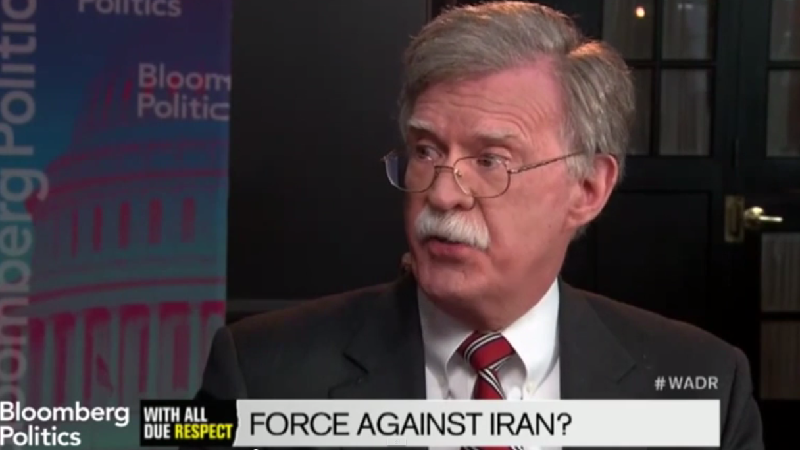 During an interview with Bloomberg Politics on Friday, former U.S. Ambassador John Bolton criticized President Obama’s efforts to prevent Iran from acquiring nuclear weapons. Bolton pointed out that when the President threatens that “all options are on the table”, no one actually believes what the President says

Comments begin around the 1:30 mark:

So, John Bolton says nobody believes the President on Iran… Although, to be fair, it almost seems like I should have punctuated a little earlier in that sentence, and left it simply as “nobody believes Obama.” And, unfortunately, Bolton is spot on.

The reason for the world’s deficit of trust in President Obama is pretty simple: Whether we are talking about Ukraine, Iran, Cuba, or even North Korea, the President doesn’t seem to be concerning himself with what is in the best interest for America, or her allies. He seems to be interested only in cultivating a “legacy”. By this point in his tenure, it has become increasingly obvious that public-relations-spin, and political engineering, now demand far more weight in Obama’s foreign policy than the advancement of American interests.

Yes, John Bolton… Nobody believes Obama. But let’s face it, this isn’t really anything new.