By essentially every conceivable socio-political metric, America has suffered under the Obama Regime. However, according to a recent assertion[1] by Reverend Franklin Graham, this has been by design: 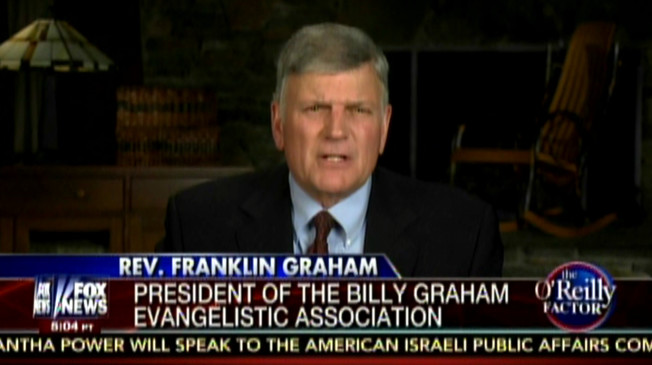 Reverend Franklin Graham has taken to the airwaves to warn Americans that their government might not be what it seems. He believes that a faction of radicals have infiltrated our government IN Washington DC at its highest levels.

He told Bill O’Reilly that he believes the world will not unite to stop radical Islam, because it has been “infiltrated by Muslims.”

“One of the problems we have in the West is that our governments, especially in Washington, has been infiltrated by Muslims who are advising the White House, who I think are part of the problem,” Graham said. They have gotten into the halls of power.”

Reverend Graham did go out of his way to let the Muslim community know that Christians love them and are praying for them and that Jesus Christ died for their sins as well.

Although Rev. Graham was unable to name any one person specifically he says that this information has been confided in him by several sources.

It is public knowledge however that recently the Muslim Brotherhood was given a special audience with the State Department and senior members of the White House Staff.

Despite his lip service to a Christian faith, President Obama has catered more to the Muslims of this country and the world than to treating people of all faiths equally. We can only infer and speculate that this is because of his Islamic upbringing.

At the rate we’re going, it will be a miracle if our republic can avoid catastrophe until 2016.