Your Freedom Of Religion Is In Danger!

There is no greater threat to the freedom of religion than government that continuously claims the right to dictate what people may believe or hear. We are told that government needs trump our rights as free human beings – an inversion of our founding principles. Nowhere is this heinous tyranny more visible than in a civil rights council that asserts that they have the right to control church services that are open to the public.[1] 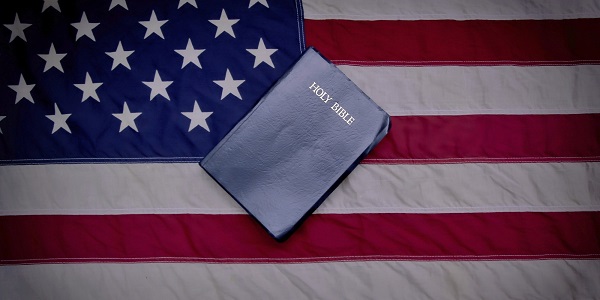 The Iowa Civil Rights Commission is being sued for claiming it has the right to control the content of church services that are “open to the public.”

The lawsuit filed by the Alliance Defending Freedom[3] on behalf of Fort Des Moines Church of Christ is part of a nationwide battle against the implementation of President Obama’s declared foreign-policy priority in his final year in office: “gay” rights.”[4]

At issue in the Iowa case are state mandates that protect “transgender rights.” Among them are allowing men to enter women’s shower rooms, dressing rooms and restrooms if they say they are women, and banning statements in meetings “open to the public” that “might cause individuals to believe that they are unwelcome because of their perceived gender identity”

The lawsuit charges the mandates violate the U.S. Constitution’s protections for free speech, religion, expressive association, due process and the right to peaceably assemble.

The commission did not respond to a WND request for comment.

The complaint, filed this week, is clear.

“This is a civil rights action to stop the commissioners and the executive director of the Iowa Civil Rights Commission, the Iowa attorney general, and the city of Des Moines from compelling an Iowa church to communicate government messages to which it objects and from forcing the church to use its building in violation of its religious beliefs.”

It explains the commission believes its interpretation of state law allows it “to force churches to allow individuals access to church restrooms, shower facilities, and changing rooms based on his or her gender identity, irrespective of biological sex.”

The commission’s interpretation was made clear in a guidance released in response to the question of whether or not the transgender-discrimination requirements apply to churches.

As “biology, chromosomes, physiology, and anatomy” all give evidence of the “maleness or femaleness … designed by God,” the church believes it must provide for the “immutable trait from which springs the natural and healthy desires for physical privacy and modesty in states of partial or full undress, such as in restrooms, showers, and changing rooms.”

Not only does the commission’s “open restrooms” mandate violate the church’s rights, “the language of the act and the city code are broad enough to include within that prohibition sermons, theological expositions, educational speeches, newsletters or church worship bulletin text, or other statements from the church and its leaders.”

“The church’s minister desires to preach sermons addressing God’s design for human sexuality and the church’s beliefs about ‘gender identity,’ but reasonably fears that if it were to do so it would violate the act’s and the city code’s speech ban,” the complaint explains.

The lawsuit seeks a temporary restraining order and preliminary and permanent injunctions “restraining all defendants … from enforcing or applying” the law to the church. A final resolution would be a declaratory judgment stating the application of the mandates to churches violates the Constitution.

ADF explained that “all events” at the church have a “bona fide religious purpose.”

The organization explained: “The speech ban could be used to gag churches from making any public comments – including from the pulpit – that could be viewed as unwelcome to persons who do not identify with their biological sex. This is because the commission says the law applies to churches during any activity that the commission deems to not have a ‘bona fide religious purpose.’”

The noose is ever-tightening around the neck of Christians in America. Insisting that government knows best, the left is continuously waging an all-out assault on our religious liberties.

We are bombarded with ever-expanding definitions of supposed civil rights imperatives that are designed to place Christian beliefs in a subordinate position to government mandate.

This is literally the exact opposite of what our Founding Fathers intended.

What good is freedom of religion if we must first gain approval from government to worship as we choose?