French tourists David Steiner, 42, and his wife, Ornella Steiner, 51 died during an afternoon hike across the searing New Mexico desert but the pair’s 9-year-old son lived and it is likely he did because the couple gave the boy their last drops of precious water. 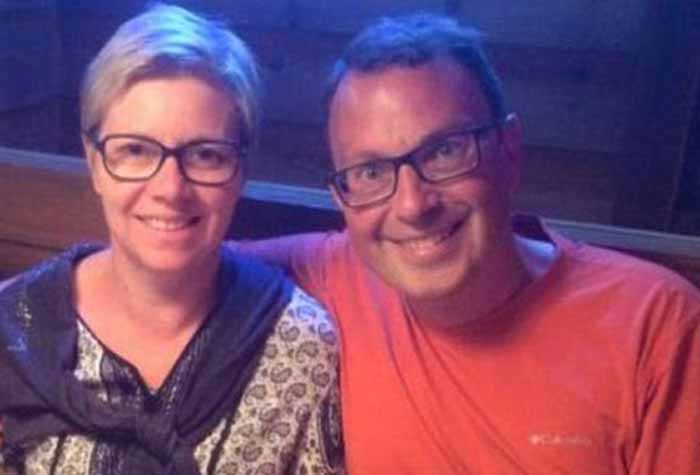 Authorities found the boy lying next to his dead father in the White Sands National Monument. The two were discovered[1] about an hour after the body of the boy’s mother was found.

A French couple who died during an afternoon hike across the searing New Mexico desert likely saved their 9-year-old son by giving him two sips of water for each one they took before the supply ran out, a sheriff said Friday.

The boy was dehydrated but in remarkably good shape when he was found alongside his dead father on a trail in the White Sands National Monument, Otero County Sheriff Benny House said.

The father and son were found Tuesday about an hour after park rangers found the mother dead.

‘That may be why he fared so well, is he was a lot smaller and probably had twice as much water,’ House said. ‘He was well hydrated, compared to the other two.’

House identified the couple as David Steiner, 42, and his wife, Ornella Steiner, 51. The boy’s name wasn’t released. They were tourists from the small town of Bourgogne, near the city of Reims, France.

The couple appears to have died of heat-related causes, House said. An autopsy to determine the official cause of death was pending, according to the state medical investigator’s office.

The family had two 20-ounce water bottles when they set out on the hike along the national monument’s Alkali Flat trail at about 1 p.m., House said. The trail is known for crystalline-white sand dunes and ends at the edge of the Alkali Flat, an ancient dry lake bed.