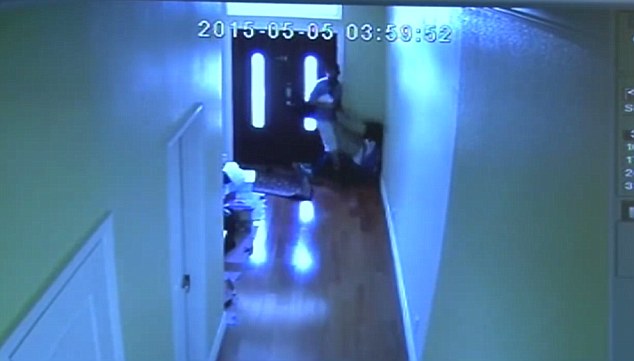 [1]A young girl in San Jose, California, was returning home when a man followed her into the house. Video surveillance caught the entire thing, including the man’s face, but he is still at large.[2]

Speaking to ABC News, the girl who wishes to remain anonymous, said that she first saw the man approaching her as she was thinking of relaxing after a day at school.

She said he walked up to her front porch with her and said he was lost and then asked her how old she was and what her name was.

According to the girl he then began asking inappropriate questions. 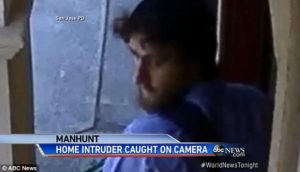 [3]‘That’s when I decided to run inside the house because I’d already unlocked it,’ said the girl to ABC News.

‘I tried to slam the door on him but I couldn’t.’

Managing to hit her attacker in the face, making him flee, the girl then went to hide in a closet and sent her father a text saying, ‘Daddy, come home now. Some guy tried to rape me.’

Police arrived and began their search for the man who is also wanted in another alleged sexual assault.

Someone brought this girl up right, able to fend off her attacker successfully. With more and more parents forced to work long hours in the Obamaeconomy, there are an increasing number of latchkey kids. And with children growing up amorally in our culture nowadays, there are going to be more psychos like this man. Parents must be more on their guard than ever before. Fortunately, this girl’s parents had video surveillance set up and taught her well. Watch the chilling video below.