Gang of Thugs Carjack a Man… Get a NASTY Surprise!

There’s good luck, there’s bad luck and then… there are these guys[1]. They must have all broken mirrors while walking under ladders with black cats crossing their paths, because this is some of the worst luck I’ve ever seen. 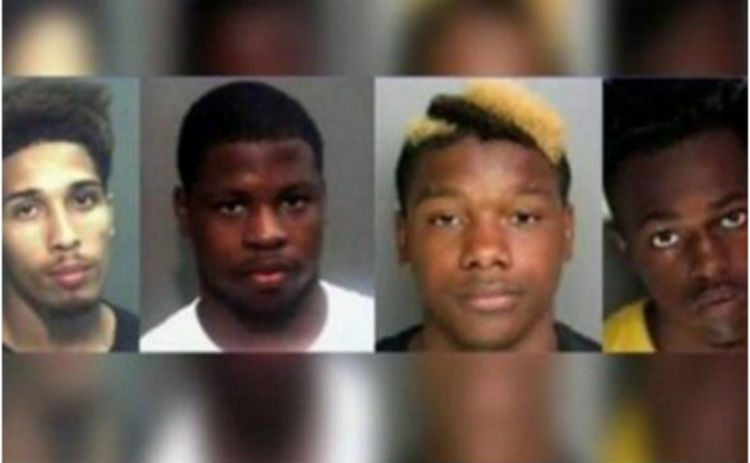 When four Florida high school students[3] decided to steal a car from a tourist, they chose the wrong person to mess with.

Now all four of them are sitting behind bars.

Why? Because they decided to pick on a federal agent[4] who was visiting Orlando on vacation with his family.

Last week all four teens between 15-19 years old were taken into custody and charged.

The agent, Armando Alaniz, who works for the Federal Bureau of Customs and Border Protection decided to take his family to the International Drive tourist corridor when he was suddenly looking into the barrel of a gun.

The incident occurred while Alaniz was packing up his car on Wednesday night. The punks pistol whipped the federal agent, tied him up and forced him into the backseat of the car. The teens then stole his wallet.

For the next two hours, 19-year-old Gregory McDonald, 18-year-old Dante Askins, and two other teens who are 15 and 16, drove around with the federal agent kidnapped in the backseat. That’s when Alaniz’s wife contacted the vehicle with OnStar.

When his wife called, the scared teens abandoned the SUV at a vacant drug house and ran away.

“The OnStar representative placed a call to the vehicle and heard someone screaming for help,” Sheriff Jerry Demings said.

Askins was an alleged gang member. This was his sixth arrest.

The 15-year-old turned himself in on Friday morning accompanied by his parents. The 16-year-old was arrested later that night.

All four teens have been charged with armed kidnapping, carjacking with a car, and aggravated battery with a firearm.

“Oops” doesn’t even begin to cover it.