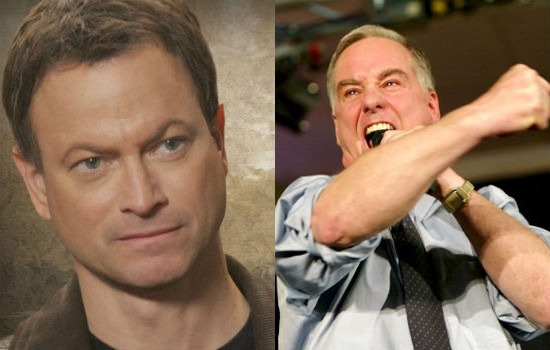 Back in 2004, Howard Dean was a Democrat presidential candidate hopeful who suddenly witnessed his campaign fall apart after one moment he probably wishes everyone would forget. In an effort to come across as passionate with a screaming rallying cry, Dean instead came across to many as unstable. His attempt at displaying anger backfired and, in that moment, his candidacy was over.

Now Dean, who went on to serve as the chair of the Democrat National Committee from 2005 to 2009 as well as governor of Vermont from 1991 to 2003, appeared on a panel on HBO’s Real Time with Bill Maher. The discussion topic was the movie American Sniper, which details the life of the deadliest sniper in American military history, Chris Kyle, which has shattered box office records.

Joining in the chorus of liberals who have attacked the legacy of Kyle, including Michael Moore and Seth Rogen, Dean decided he had to have his say.

Actor Gary Sinise, who is a big supporter of our troops through his Gary Sinise Foundation, was not going to allow Dean to get away with disparaging the name of Kyle or attacking the Tea Party. He responded on Twitter.

To Howard Dean, I saw American Sniper and would not consider myself to be an angry person. You certainly have a rig… http://t.co/TrZSeBFcc1[3]

I saw American Sniper and would not consider myself to be an angry person. You certainly have a right to make stupid blanket statements, suggesting that all people who see this film are angry, but how is that helpful sir? Do you also suggest that everyone at Warner Brothers is angry because they released the film? That Clint Eastwood, Jason Hall, Bradley Cooper, Sienna Miller and the rest of the cast and crew are angry because they made the film? Chris Kyle’s story deserved to be told. It tells a story of the stress that multiple deployments have on one military family, a family representative of thousands of military families. It helps to communicate the toll that the war on terror has taken on our defenders. Defenders and families who need our support. I will admit that perhaps somewhere among the masses of people who are going to see the film there may be a few that might have some anger or have been angry at some point in their lives, but, with all due respect, what the hell are you talking about?

Dean, your hateful comments about Chris Kyle, a deceased American HERO, need to be recanted immediately. What do you think? Should Dean issue an apology to the public for his ugly words? Sound off below!