What the hell is wrong with the German government? Condoms!? 150,000 condoms handed out to Muslim Refugees. So, when they decide to rape or sexually attack women and boys, they can do them the courtesy of not giving them STDs? Are you kidding me? First off, are they backing down to rapists? Second…it’s suggesting a person that would rape another would have common courtesy at all…to care about putting a condom on. Come on Germany…seriously?[1] 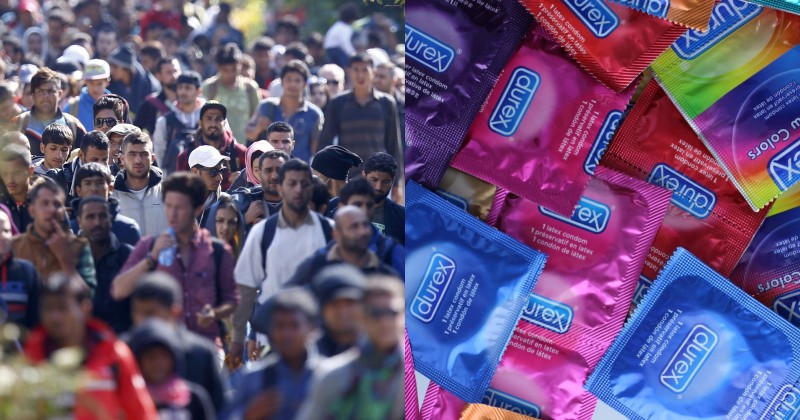 Apparently, the idea of not allowing potentially hundreds of thousands of people who are infected with HIV and other diseases into the country in the first place didn’t cross the mind of German officials. According to studies, four out of ten people living in Europe diagnosed with HIV are migrants.

In addition, given the innumerable examples of migrants in Germany raping citizens, other migrants and children, the notion that they might not be too fussed about wearing condoms anyway wasn’t a consideration.

This isn’t the only example of Germany making sexual education a centerpiece of its migrant welcoming policy.

As Breitbart’s Oliver Stone documented, the German government is also funding a website for newly arrived “refugees” that, “gives life lessons in sex, including different positions, prostitution, and how to engage in causal sex.”

I’m going to be sick…