As a millennial, I thoroughly believe that my generation should be more focused on hard work and less focused on “social justice,” narcissism and alleged entitlements. While there are many hardworkers out there in their 20s and 30s, it’s undeniable that my generation has some issues to work through. Here is a short list of concept that should serve as a good start:[1] 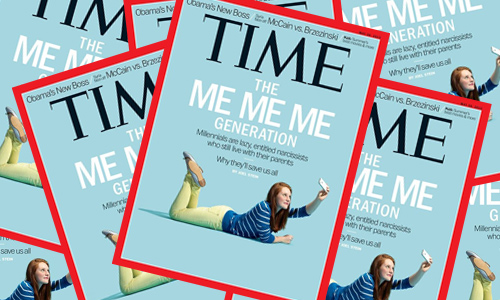 They may not yet be the present, but they’re certainly the future. These young, uninitiated minds will someday soon become our politicians, doctors, scientists, chefs, television producers, fashion designers, manufacturers, and, one would hope, the new proponents of liberty. But are they ready for it?

Time after time, particularly on college campuses, millennials have proven to be little more than entitled, spoiled, anti-intellectual brats who place far too much emphasis on feelings and nowhere near enough emphasis on critical thinking. To the millennial, words are cause for the creation of safe spaces, alternative ideas must be stifled, and anything they perceive to be a microaggression is enough to send them spiraling into a state of mental distress.

It’s time millennials understood these 7 harsh realities of life so we don’t end up with a generation of gutless adult babies running the show.

Seriously, nobody who has already graduated college cares about your feelings. That means that when you complain to your boss because your co-worker mis-gendered you, he’s probably not going to bend over backwards to bandage your wounds. Given feelings are entirely subjective in nature, it’s completely unreasonable to demand everyone tip-toe around you to prevent yours from being hurt. The reality is that people will offend you and hurt your feelings, and they won’t stop to mop up your tears because they shouldn’t have to. Learning to accept criticism, alternative viewpoints, and even outright insults will make you happier in the long run than routinely playing the victim card.

This is a comforting lie parents have started telling their children to boost their morale in school. Unfortunately, millennials are now convinced it’s true, especially as society has now decided to push this narrative as well. The reality is if you’re 17 years old and still can’t figure out basic division, you’re not going to be a rocket scientist. If you’re overweight and unattractive, you’re not going to be the quarterback’s prom date. If you lack fine motor skills, you’re not going to be a heart surgeon. It’s okay to accept that you cannot be whatever you want to be. In fact, once you accept this, you’ll be able to focus on the things you can be — the things you really are talented at.

You heard me. While some millennials taking useless degrees will claim they’re beneficial for teaching or research positions, the reality is that they just put themselves several thousands dollars in debt to learn how to be a professional victim. While you’re struggling to make ends meet after graduation because nobody who pays more than minimum wage is interested in your qualifications and you’re drowning in student loan debt, be sure to check out the next harsh reality before you start complaining.

That’s right. Even though you work at McDonald’s for minimum wage because you got a useless, outrageously expensive college degree, you’re still[3] far better off than the vast majority of the planet. Don’t believe me? Fly to Uganda and check out the living conditions there. Fly to China, Saudi Arabia, North Korea, Iran, Russia, and even European countries like Ukraine and Greece, and you’ll quickly discover just how well-off you really are. While it may be cool these days to dump on capitalism, it’s the only reason you aren’t already worse off.

That includes healthcare, guaranteed income, and somewhere to live. Just because you’re here and breathing doesn’t mean society owes you anything. Like the billions of people who lived before you, working hard is a better guarantor of wealth and the ability to comfortably take care of yourself than begging society or the government to do it for you. Demanding healthcare be a right, for example, is equivalent to demanding government force the taxpayer to pay for it. While that may seem like a good idea in theory, it only leads to rationing of care when costs become unsustainable, which negatively impacts not just your health, but everyone else’s, too.

By contrast, you do have the right to live however you please, so long as it’s within the confines of the law. If you want to cross-dress, smoke marijuana, drink lots of alcohol, have lots of sex, and, yes, even go to school for gender studies, then by all means, go for it. Government should not be allowed to legislate people’s behavior as long as it doesn’t infringe upon someone else’s rights, but that doesn’t mean society isn’t allowed to have an opinion. You don’t have the right to demand people keep their opinions about your lifestyle to themselves, especially if you’re open and public about it. I have as much of a right to comment on the way you live your life as you do to actually live it. Your feelings are not a protected right, but my speech is.

No matter where you go in life, someone will be there to offend you. Maybe it’s a joke you overheard on vacation, a spat at the office, or a difference of opinion with someone in line at the grocery store. Inevitably, someone will offend you and your values. If you cannot handle that without losing control of your emotions and reverting back to your “safe space” away from the harmful words of others, then you’re best to just stay put at home. Remember, though: if people in the outside world scare you, people on the internet will downright terrify you. It’s probably best to just accept these harsh realities of life and go out into the world prepared to confront them wherever they may be waiting

This is a terrific start, but it should be noted that while these problems are our problems to bear, they would not be present without the economic and social mismanagement of the previous generation.

We are saddled with more debt and less opportunities because of the previous generation’s disastrous prioritizing of feelings over reality and the “spend now and figure it out later” mentality that has dominated the last two decades of politics.

Our problems are our own and we need to fix them. But let’s also remember who set us down this path.