Gingrich: Hillary Would Be Indicted if She Was Anybody Else

You and I know that if Hillary was anyone else, she’d be indicted right now. It still gives me warm fuzzies to hear Newt say it[1]… 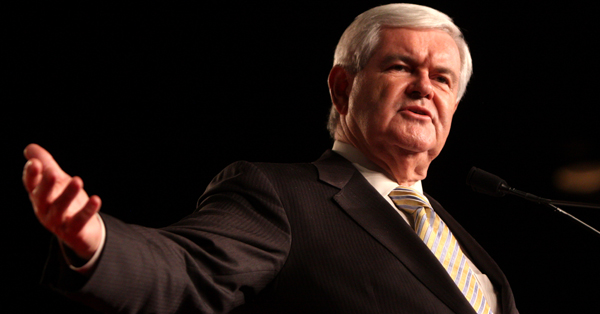 “If this was any person but Hillary Clinton they’d be under indictment right now for a clearly straightforward problem.” Gingrich said during a panel discussion on ABC’s “This Week” program. “This isn’t a political problem; this is a historic problem. The Constitution of the United States says you cannot take money from foreign governments without explicit permission of the Congress.”

Opponents point to the “Emoluments Clause,” which Gingrich says the Founders purposely put in the Constitution because “because they knew the danger of corrupting our system by foreign money is enormous.” Corrupting our system maybe, but it’s sexist to hold Hillary to the same standard!