A vicious surprise attack on a 15-year-old girl by a group of teens was recorded and posted online in a video that went viral and was viewed over 51,000 times. Those teens have been identified, and are now on their way to facing justice for the disgusting, indefensible act. 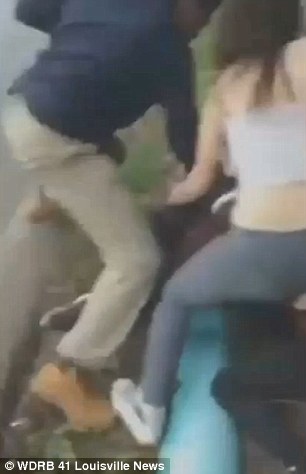 All of the high school teens seen in the recording attend Moore High School in Kentucky, and they are being charged with assault, disorderly conduct, menacing and harassment.

The girl that was assaulted was Taylor Gravel.

the whole crime was of course filmed by one of the bullying gang, as that seems to be the calling card of scumbag kids these days, and shows her being pestered and stalked by a group of at least five girls and boys – with one of the girls wielding a bat like a thug.

As they walk behind and torment her, two of the girls are begin launching into an assault, yanking Gravel’s hair and striking her.

Then one of the sorry excuses for a boy, joins in the attack and starts throwing punches down on her before being choked from behind and pulled away by his friend who can be heard yelling ‘what the f*** are you doing man?’ 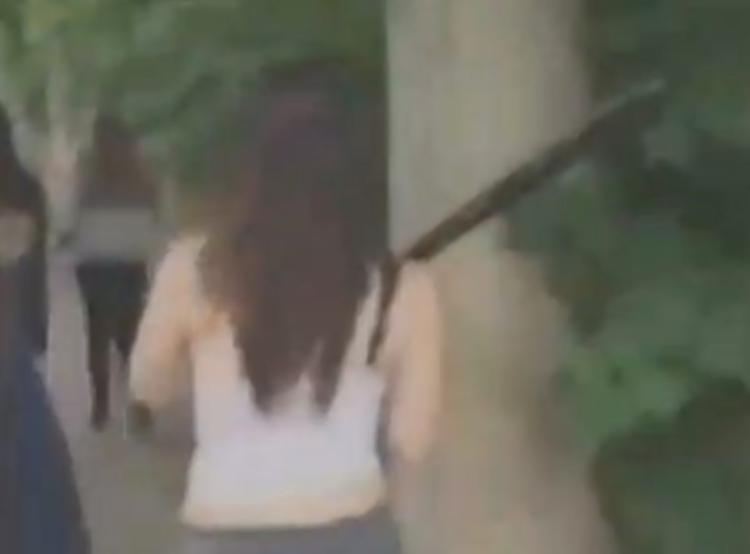 ‘They were all behind me, and there was so many of them, and I was scared to turn around and do anything because I didn’t want every single person jumping in on me. The girl with the bat, her best friend, yanked my hair and that’s when the other girl jumped in. I fell onto the girl that yanked my hair, and then that’s when the guy jumped in and started hitting me too.’

She thought that maybe the attack was triggered because she had said ‘hi’ to a boy she saw at Highview Park. Whatever the cause may be, her scumbag Neanderthal attackers are due in court next month.