Girl Shows Bully Why You Should Never Mock Her Dead Sister

They say that violence is never the answer, but sometimes you just need to send a clear message to someone who has renounced the use of reason and compassion. One girl pounded some kindness into a bully who thought it would be funny to mock her dead sister.[1] 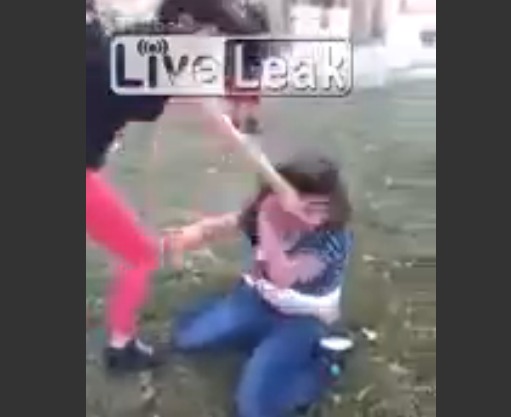 How a girl violently reacted to a bully mocking her dead sister is completely understandable, even though in general people shouldn’t resort to violence to solver their problems.

The video is graphic for language, and the bully in the video reportedly winds up getting her nose broken. According to those following the story on Reddit[4], the girls were ticketed and fined for their fight.

It is heartbreaking for this girl to have lost her sister, and regardless of being punished for her attack of another girl, there may be times when honor demands sending a message that can’t be ignored.

It’s probably the last time that anybody talks smack about this girl’s dead sister and rightfully so. Sorry, delicate flowers out there, justice was served.

I don’t always condone the use of violence to deal with an issue, but I believe that this girl had it coming. As someone who has lost a very close family member, I can’t say for certain that I wouldn’t have the same reaction, or one substantially worse if someone mocked them.