Everyone knows Arnold Palmer as being a spectacular golfer and the inventor of a drink that is a mix of lemonade and iced tea. (I personally thank him for the last one, because I am in love with Arnold Palmers, especially in the summer months.) 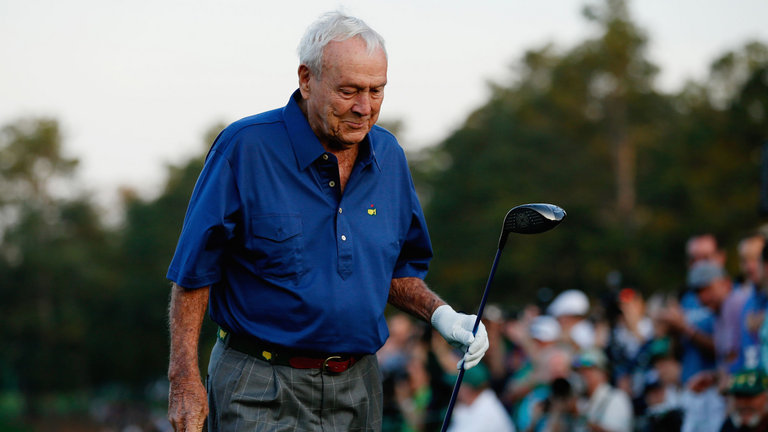 Aside from being a great athlete, Palmer was also a great American, as evidenced by his comments[2] about the Star Spangled Banner.

“We don’t play ‘The Star-Spangled Banner’ enough during the matches, and that is one of the things I think we need to do,” Palmer said then.

“It’s a patriotic situation, and it belongs to both sides,” Palmer added.

These comments came after the National Football League saw the beginning of the sitting protests that have sparked so much outrage.

This weekend, we saw DeSean Jackson of the Washington Redskins greet our National Anthem with a raised fist, which is being used as a symbol of solidarity with the black community. He later made a statement on Instagram[3]:

“No matter how much or what we stand 4 as black people this will continue to happen , another Love 1 is taking from his family and killed unarmed , when will this s— stop , this man was shot & killed for what ?? Was he a threat ?? Us as black People are a threat , so jus take our lives smh the system been set up for us not to live and make it thru all this Bull—- another RIP #terrencecrutcher[4] but they say have faith & trust ?? In what Them to keep killing our love 1’s,” he posted[5].

The Giants played Washington that weekend and all of the players stood for the anthem. Later, he questioned whether these gestures on the field are actually being turned into actions.

“Does anybody want to resolve the issues? That’s what we have to find out,” said running back Rashad Jennings.

“We’re talking about gestures. The gesture of taking a knee, the gesture of posting something (on social media). Those are all gestures. It’s whether the actions are taking place,” he said.

We need more athletes like Palmer who love their sport and love the country that has made their life and lifestyle possible.