Hillary Clinton and liberals’ idea of ending illegal immigration and the violence that comes along with it is granting amnesty. Not only so that they can get 30 million new Democratic Hispanic voters on the voting rolls, but also so that they don’t have to deal with the actual problems.

Most recently, there was an illegal immigrant who could have caused a lot of problems[1], but thank goodness, he was stopped before he could do that. 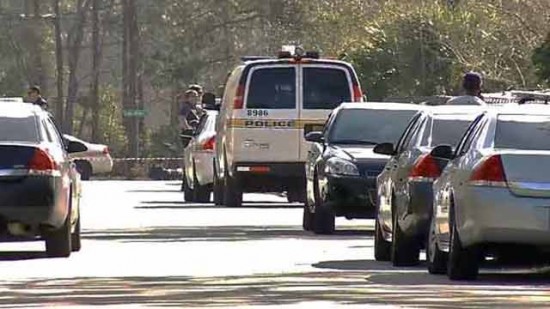 A man was shot and killed by a disgruntled employee at a Jacksonville landscaping business Wednesday morning, but other employees say the incident could have been much worse had it not been for an armed employee who held the shooter at gunpoint.

Ezequiel Lopez, 24, showed up at B & L Landscape Company armed with a gun, walked up to his supervisor, 55-year-old Andrew Little, and shot him in the back. Witnesses said the two then became involved in a tussle and both fell to the ground. At that point, Lopez tried to shoot Little a second time, in the head, but his gun apparently jammed, and that’s when another employee intervened.

“I get out of the car and everybody’s screaming, active shooter, active shooter,” Joseph Curry, who was just arriving to work at the time of the shooting, told local media.

Curry said he saw Lopez, who picked up a bat after his gun malfunctioned, before he noticed Curry.

He said he kept his gun trained on Lopez and by that time he could hear the sound of police sirens in the distance. At some point, however, Lopez fled and Curry did not take a shot at him.

Chris Dick, 24, another employee, heard the gunshot that struck Little. He said his prior military training kicked in and he went to check on the supervisor. Dick said found the entry wound, but couldn’t locate an exit wound. He then checked for breathing and a pulse, but found neither. Little was pronounced dead at the scene.

Authorities caught up with Lopez a few blocks away, where he was arrested without further incident. He is now facing charges for first-degree murder. He is being held without bond.

Lopez, who is an illegal immigrant, apparently told detectives that Little treated him differently form the other employees and also paid him less. He said he felt disrespected by Little.

But see, Hillary says that only criminal illegal immigrants should be deported. Let that sink in for a second.

Basically what that means is that in order to deport an illegal immigrant, she wants to make it so that first they commit a violent crime against an American citizen.

How about we deport whoever is not supposed to be in this country and protect AMERICANS first?!