A Philadelphia man is lucky to be alive after he fell onto the tracks at a subway station. Instead of looking the other way, many on the platform rushed to his aid, and one man jumped down on the tracks[1] to pull him to safety before another train arrived. 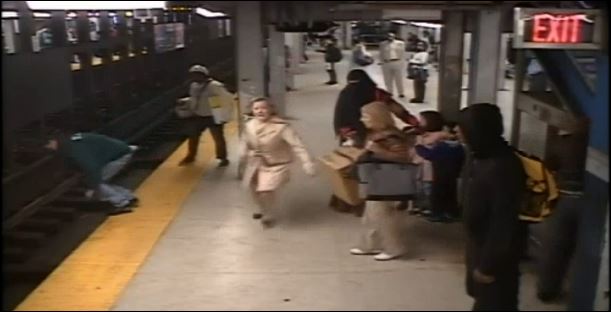 The video released by SEPTA Thursday shows a man stagger to his left and off the platform at the Market-Frankford Line’s 15th Street Station around 6:40 Wednesday night.

“This was a case where everybody almost in view jumped in and got involved,” said SEPTA Police Chief Thomas Nestal.

Less than a minute later, SEPTA officers arrived to tend to the man who fell.

The men who fell is expected to survive his injuries, which include various broken bones, said SEPTA. Collins suffered a minor leg injury.

The transit agency commended the fast-thinking passengers but warned that someone could have been seriously hurt if they came in contact with the third rail.

Who knows how long it would have taken authorities to arrive and assist the passenger? These caring citizens likely saved his life.