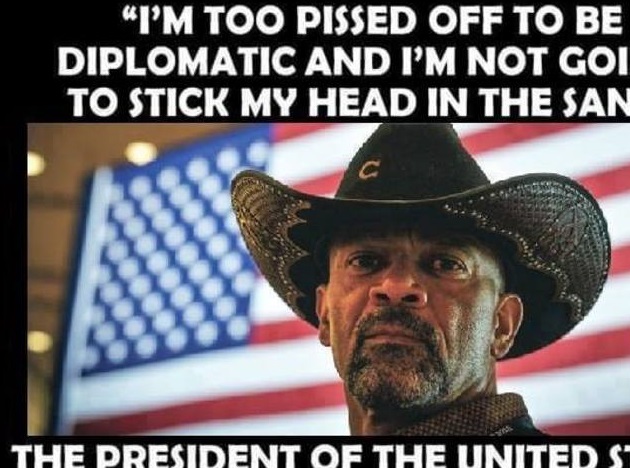 Who’s ready to be DEPUTIZED! America’s favorite Sheriff is done playing nice guy and ready to let the truth CUT where it stands. What is the truth he’s talking about? 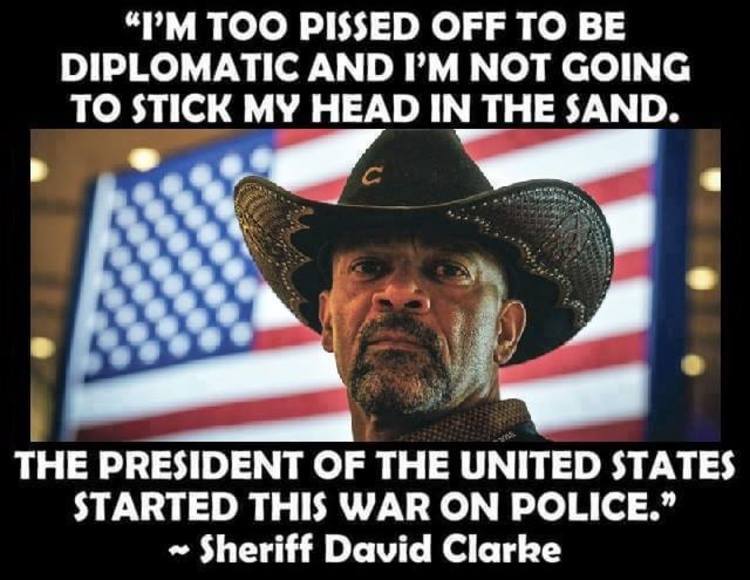 Marc Lamont Hill is a dishonest piece of crap. Tell me how chanting “Pigs in a blanket, fry ’em like bacon!” isn’t calling for the death of police officers? Or, how about, “What do we want? Dead cops! When do we want it? Now!” Both are rallying calls from the #BlackLivesMatter movement. Sheriff Clarke is absolutely right to tie these beasts to the death of Officer Goforth. Not two hours after he was executed, they were chanting the ‘Pigs in a blanket’ mantra in Minnesota. They have lone wolves working for them just like ISIS does. I have heard the most vicious, hate-filled speech coming from these thugs. It’s a small step from verbalizing hate to killing and they have already made that leap. #BlackLivesMatter should be labeled the hate group they are.

Clarke hammered the movement in his opening statement and said they were directly tied to Goforth’s murder.

“I think very fair in light of the anti-cop rhetoric that is sweeping the United States of America, fueled by this group, some of the vulgar, vile, vicious rhetoric coming out talking about killing cops. That’s some of the nice stuff. Some of the stuff I can’t even say here on TV. But there’s no doubt in my mind that the two New York officers, [Rafael] Ramos and [Wenjian] Liu, were gunned down by an individual who made Facebook postings about wanting to kill pigs. And he was going to go out and hunt officers down. There have been officers across the United States who had their cruisers shot at and struck while they patrolled in St. Louis — the same thing. This is part of a pattern. You would have to stick your head in the sand to think this wasn’t fueled by this vile, vulgar, slimy movement.”

Later in the segment, Hill pushed against Clarke for his criticism of the Black Lives Matter movement and said the motivations of Goforth’s killer deserved the scrutiny of an investigation before suggesting the two were related.

Clarke is attributing this to #BlackLivesMatter because they have called for this sort of execution of cops over and over again. Police officers are already held to very high standards and they police their own as well. Which is more than you can say for the racialists of the #BlackLivesMatter bunch who are comprised of racists, anarchists, communists, terrorists and thugs. Very few die at the hands of police that aren’t warranted. If someone commits a crime and then gets killed in the commission of said crime or while attacking an officer, that is a justified killing. You don’t get a free pass just because you are black. The law applies to everyone. All lives matter, you slimy cretin.