Since videos have been released showing top officials with Planned Parenthood talking about participating in the selling and profit of baby body parts, the GOP has finally had enough with the abortion giant[1].

Efforts to defund Planned Parenthood have long been the goal for Republicans, since the abortion provider gets millions in tax dollars every year.

Now, though, those efforts could come quicker than you think. 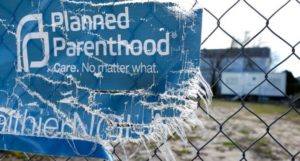 Following through on his vow to defund Planned Parenthood, Senator Rand Paul (R-Ky.) has introduced legislation to strip the abortion provider of federal funding. The bill is now being fast-tracked after the Kentucky senator invoked “Rule 14” on Friday, clearing the way for a floor vote as early as next week, a spokesman for the Rand Paul campaign confirmed to TheBlaze.

“Since the inhumane acts of Planned Parenthood have surfaced, I have vowed to defeat and defund this taxpayer-funded organization. I am more appalled than ever by Planned Parenthood’s complete disregard for the sanctity of human life,” Paul said in a statement[3]. “Today, I implemented Rule 14 and fast-tracked legislation to strip every dollar of Planned Parenthood funding. I will continue to lead this charge in defense of the unborn.”

It is long overdue for Planned Parenthood to be cut off from their constant flow of taxpayer dollars which they claim do not go towards abortions.

And now, thanks to Rand Paul, that may finally become a reality. Oh wait, Pres. Obama will probably veto this just like every other good idea. So we may have to wait until there’s a new GOP president in town.