Gorka On Trump: “The Era Of Pajama Boy Is Over – The Alpha Males Are Back” [VIDEO]

Dr. Sebastian Gorka, author of the best-selling book Defeating Jihad: The Winnable War, spoke to Fox News host Sean Hannity on Friday, claiming that when Trump takes office[1] next month, “the alpha males are back.” 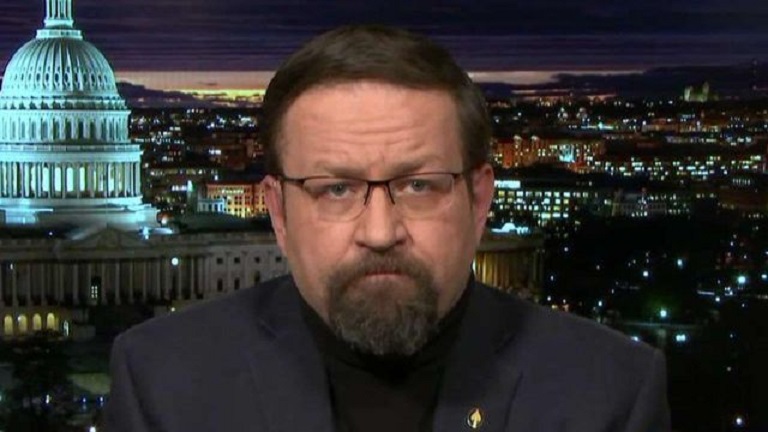 When Hannity put a question to Dr. Gorka, on whether or not he agreed with President Obama’s statement that he had followed the best possible course in Syria, Gorka gave an answer that was dripping with ridicule for the President – “No, because I live in the real world, Sean.”

He went on to explain what Obama’s infamous ‘red line’ threats amounted to:

“It’s a catastrophe, remember the red lines? The real reason he calls it ISIL and not ISIS is because he doesn’t want to remind people that ‘S’ stands for Syria, and that he drew the red lines again, and again, and again. And what happened? Assad kept on marching. The jihadis kept on marching. The fact is, this is all going to end on January the 21st. Our foreign policy has been a disaster. We’ve neglected and abandoned our allies. We’ve emboldened our enemies, the message I have, it’s a very simple one. It’s a bumper sticker, Sean: The era of the Pajama Boy is over January 20th, and the alpha males are back.”

Hannity reviewed a clip of President Obama asserting that he had done everything within his power to end the Syrian civil war while looking after U.S. national security interests. He even stated strongly that there wasn’t any other option he could have taken: “impossible to do on the cheap.”

Hannity then asked Gorka this question:

“But he’s the one that drew the red line in Syria – if they do this, which they did, and that’s use weapons of mass destruction against their own people, that would be a bridge too far. They did it, he did nothing. What will be different?”

Gorka gave a taste of what to expect from the upcoming administration:

“Everything, it’s not going to be just wagging your finger, or sending Samantha Power to the U.N. to shout at Russia or Syria.”