Gov. Pence-Calling Out Leftists Propaganda Machine: ‘This Avalanche of Intolerance That’s Been Poured on Our State Is Outrageous 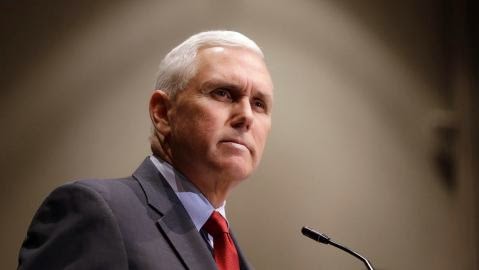 It wasn’t a problem when the most popular Democrat ever, Bill Clinton, signed into law the same exact bill on a federal level over 20 years ago. But, in 2015 the heavy money Gay lobby got their grubby little hands firmly in the Democrat Party’s coffers. And with the help of a corrupt media at ABC, CBS, NBC, and especially MSNBC, they’re pulling out all the stops of misinformation, diversion, and outright lies to paint the state of Indiana and their courageous governor[1] into something they are not. Religious freedom of individuals still matters in the United States.

CNS News[2] reports Indiana Gov. Mike Pence (R) says his state has been hit by an “avalanche of intolerance” ever since he signed the Religious Freedom Restoration Act last week.

“George, look, the issue here is, you know, is tolerance a two-way street or not?” Pence told ABC’s “This Week” with George Stephanopoulos on Sunday.

“I mean, you know, there’s a lot of talk about tolerance in this country today having to do with people on the left. But here Indiana steps forward to protect the constitutional rights and privileges of freedom of religion for people of faith and families of faith in our state, and this avalanche of intolerance that’s been poured on our state is just outrageous.”