Texas rancher Ken Aderholt said he emerged frustrated from a Tuesday night Bureau of Land Management meeting in Fort Worth — full of many of the same unanswered questions and growing concerns about the land that’s been in his family for over 70 years.[1] What does this mean for the Aderholt’s livlihood? 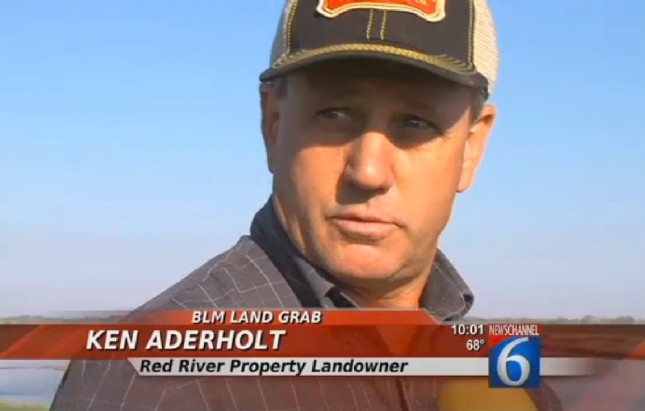 Well, it used to be his land.

Aderholt’s family has been running cattle on 1,250 acres of earth in Harrold near the Red River, which borders Oklahoma, since 1941 — and he took on the task himself long ago.

It’s his livelihood, and it’s his life.

“It has been running through generations and handed on down to me,” Aderholt told KAUZ-TV in Wichita Falls, adding that he’s hoped his two sons could someday take over the family business.

But Aderholt said the federal government is threatening those dreams — along with the dreams of other landowners in three counties.

He told TheBlaze on Wednesday that the BLM has claimed up to almost half the acreage on his property — including where his home sits — after redefining the boundary line.

Aderhold told TheBlaze he discovered his home was in danger during an early 2014 phone call with a BLM official who laid out what acres now belonged to the agency. When Aderhold remarked, “That’s gonna get my home,” he said the official replied, “You have reason to be concerned.”

And the rancher said he was instructed to list that among other concerns for future consideration as the BLM moves toward finalizing a plan.

Not that it’s much consolation, since Aderhold and other land owners consider theirs private property — which the government “stole from us,” he told TheBlaze.

And all this after years of paying property taxes and having a deed and title in hand.

Paul McGuire, a BLM public affairs specialist, on Thursday told TheBlaze that Aderhold’s understanding of exactly what constitutes public land on his property isn’t a done deal until a land survey is completed — and that the official Aderhold spoke to on the phone isn’t a surveyor and wouldn’t have told him what land was public.

McGuire added that disputes such as Aderhold’s are coming up because the BLM began the process of revising land management plans in Texas, Oklahoma and Kansas almost two years ago. The land in question has been federal for a long time, McGuire added, but never actively managed.

Aderhold could apply for “color of title,” McGuire said, which takes into consideration improvements made over time on federally owned land and could allow him to hold on to it.

In the end, McGuire said, the process for determining what happens to the disputed land is lengthy and complex — a final BLM plan won’t be ready until 2018, he said.

But Aderhold — who said his family has never been bothered by the government in over 70 years — isn’t laying down over what he told KAUZ is “a land grab.”

And it’s a big one: After redefining the boundary to a half mile inland from the river, the BLM has claimed up to 625 of his property’s 1,250 acres, Aderhold said. 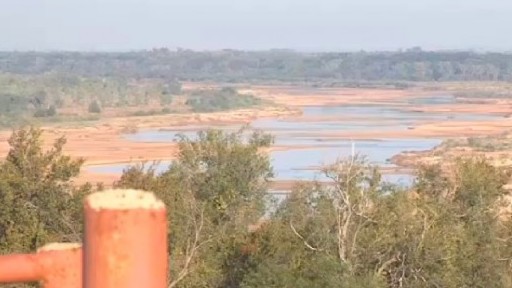 At the moment the BLM is figuring out what to do with the land through a “scoping” process. Aderhold said the agency could designate the land for activities such as birdwatching or horseback riding or exploring foliage. Or it could condemn it. It also could lease it back to him — or to somebody else.

Whatever the outcome, none of it sits right with the rancher.

He said other landowners have banded together and retained attorneys. U.S. Rep. Mac Thornberry from Texas’ 13th district has introduced a bill to assist landowners along the Red River.

But in the meantime, Aderhold said the land claim has made life very difficult for him and other property owners — and far beyond simply losing their long-tended acreage.

Titles, Aderhold said, have become “clouded.” Money can’t be borrowed against land, properties can’t be bought or sold and no improvements are being made.

After 70 years, you would think that there would be no question as to whose land it is. Stating that Texas should have never gave his family the deed…is one thing, but using that as an excuse to “Land Grab”…that is just bullying. If that is acceptable, then they could make up any old reason, and use it as justification to do all sorts of things…this is worrisome.