Shocking video shows a man brutally beating a woman[1] who cut him off in traffic – even kicking her in the head. 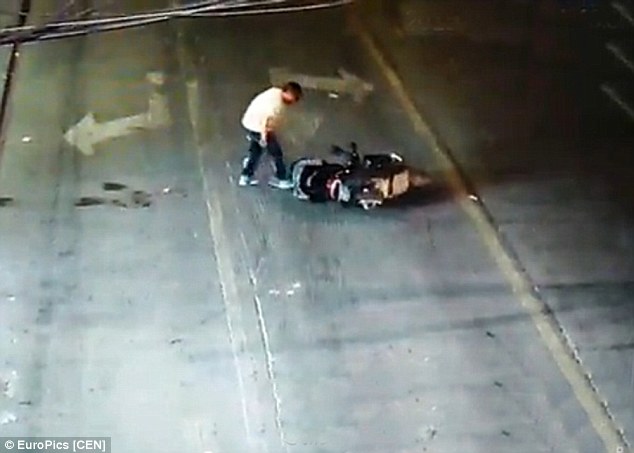 Graphic footage of the incident shows the woman being violently kicked by the man in Anhui Province in China.

Shen was so distressed after the shocking attack that she hanged herself the next day, leaving behind a husband and son, reported the People’s Daily Online.

Footage of the attack shows that the woman, who was riding an electric motorbike, swerved into the path of a man riding a three-wheeled trike.

The man swerves to avoid crashing into her but immediately begins shouting at the woman.

His aggression quickly escalates until he runs at the woman and launches himself at her, knocking her from her bike and onto the road.

While she tries to protect herself the man kicks her several times in the head.

The local Public Security Bureau has issued a province-wide arrest warrant for the attacker.

The woman leaves behind a husband and son.