GRUESOME: Wife ‘chopped off husband’s penis TWICE with scissors after catching him cheating’

This story is NOT for the faint of heart, especially as you discover how the events unfold–shocking. A jilted wife has been arrested amid reports she chopped off her cheating husband’s penis[1] twice. 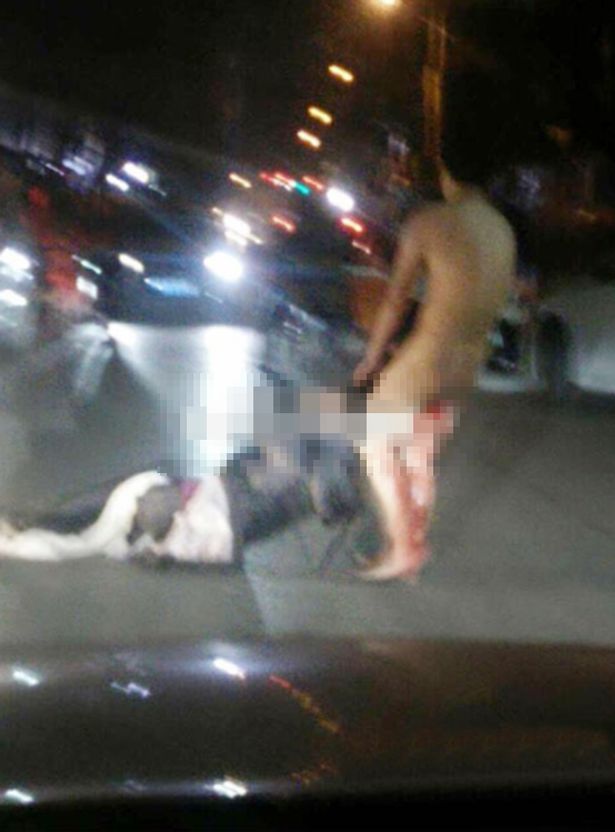 According to reports in China, two-timing dad-of-five Fan Lung, 32, used his wife’s phone to send lover Zhang Hung, 21, a saucy email from his marital home in Shangqiu. But he forgot to log out of his account and his stunned wife, Feng, 30, came across the message along with several others, which sent her flying into a rage. Furious, she’s said to have grabbed a pair of scissors and stormed into their bedroom, where he was sleeping, and snipped off his manhood.

Fan was rushed to hospital, where the organ was sewn back on. However, Feng is then reported to have sneaked back into her husband’s hospital room and cut off his penis for a second time, this time throwing it out of a window. A hospital spokesman said: “The first we were aware of what happened was when someone came into the reception area to say a naked man was beating up a woman outside the hospital. Staff rushed out to see what was happening and found the patient with blood streaming down his legs hitting the woman.”

Doctors and police officers combed the area outside but failed to find the man’s missing member. They believed it may have been taken by a stray dog or cat.

That marriage for sure has gone to the dogs (or a stray cat). What is the moral to this story? Hide the scissors before using shared electronic devices to talk to your mistress? Keep a guard at the door after your penis is cut off and sewn back on? Don’t bleed to death naked while beating your soon to be ex-wife outside the hospital because very embarrassing pictures will be tossed all over the internet? We all can agree that this woman is absolutely psycho… I’m guessing that this man should have left her a long time ago since no sane human can go from sweet wifey to chopping your penis off the next moment. Men: Stay away from psycho women who may chop your penis off down the road if you cheat on them (you will know these women by the sharp scissors and aggressive controlling look in their eye).