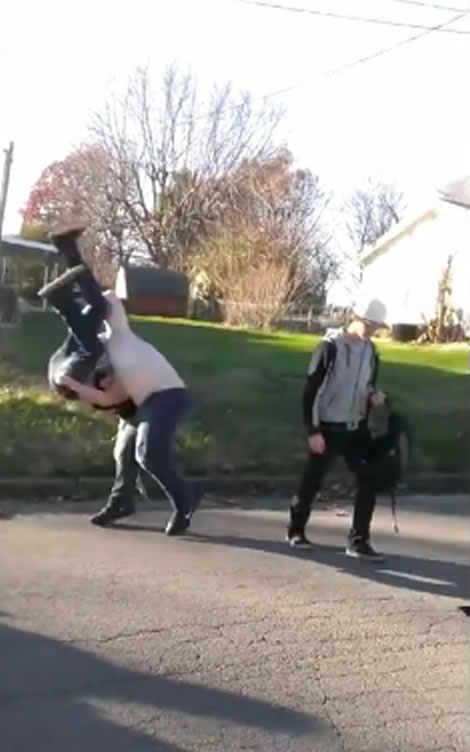 [1]Some fights can be extremely painful to watch if one of the fighters keeps getting slammed down onto the ground. In this fight, it is clear that the bigger guy has the upper hand, as he repeatedly slams the smaller guy down onto the pavement. And he doesn’t just push him down, he lifts him up first to slam him down even harder![2]

Every time I see a brutal fight like this, I wonder what caused it. Why didn’t the smaller guy get out of there after it was clear he was being pummeled? And finally, what happened afterward, did anyone get in trouble with the law? With fights like this now frequently captured on video, there’s a very good chance someone will be going to jail.
Endnotes: