Neil Cavuto has a way about him where he just states the facts…and there isn’t much more anyone can say about it after that. Super nice guy, yet somehow knocks leftist crazy ideals down like a warrior. Here in this video…we have EXHIBIT A.[1] 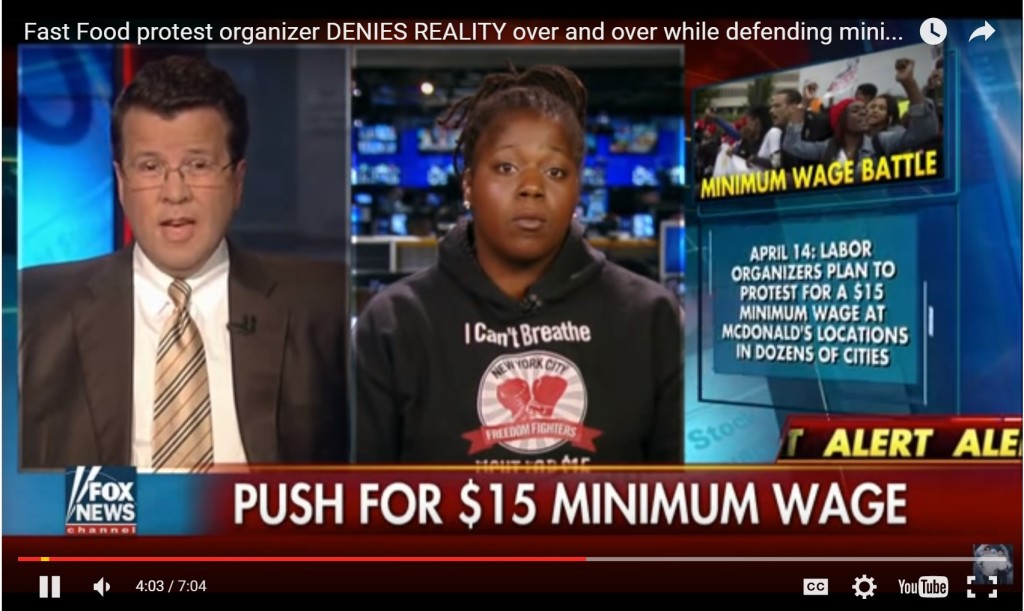 But companies are scaling back their workers, and an environment like that might push them to continue doing so, Cavuto pointed out.

“Don’t you think an environment like this might push them to do more of that? It could be so dramatic, so fast, that you won’t know what hit you,” he said.

“And a lot of your colleagues you’re fighting hard to support, and get them higher wages, could find themselves out on the unemployment line.”

Right, like when layoffs happen, stores close. Then employees get replaced by much more efficient computers. Computers which don’t have weird piercings or questionable hygiene. Computers which don’t throw shade your way for insisting you have your order…your way. These same machines essentially eliminate the little entitled middleman. Now you can just push your own button for your own order. #Innovation.

Let’s not forget that raising the minimum wage doesn’t help anybody make more money or become more successful. See above paragraph. Raising the minimum wage just makes those jobs more expensive. Math dictates that if a job is more expensive, the person occupying it must be worth it. You know what that means? Low-skilled or no-skilled workers will not get hired for a job which pays them more than they’re worth. Sorry. Reality is a bee-yotch.

Let’s see how she responds to this logic…

“These corporations … know for a fact that they can pay us more than what they’re paying us now. They can afford it.”

Imagine her going to the voting booth this election…all sorts of warm fuzzies, right?