Spirit Halloween will be pushing a Caitlyn Jenner costume [1]this fall, saying that Jenner is the “most important real-life superhero of the year.” Despite knowing this is going to be a very controversial idea, we are being told that Jenner should be “celebrated” anyway. 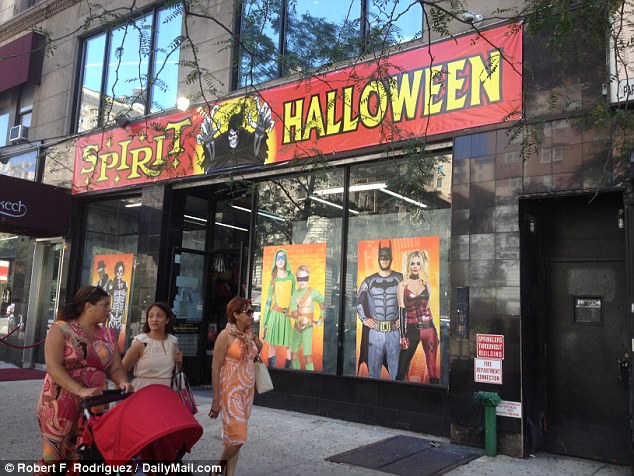 She’s made strides in shedding light on gender reassignment and says she’s an advocate for transgender people worldwide.

But Caitlyn Jenner is about to become a part of a different tradition because a Halloween company has announced plans to make a costume of her this fall.

The controversial idea has been thought-up by Spirit Halloween, a company behind many Halloween costumes traditionally worn across the United States each year.

Spirit Halloween said the costume will be in its pop-up stores in a few weeks, according to The New York Daily News gossip section [email protected]

The decision could spark outrage over the decision to depict the former Olympian and transgender-rights activist as just a costume for the fun event on October 31.

However, Trisha Lombardo, the firm’s PR told [email protected]: ‘Caitlyn Jenner has proven to be the most important real-life superhero of the year, and Spirit Halloween is proud to carry the costume that celebrates her.’

The company declined to reveal the exact details about the look until the merchandise goes on sale in a few weeks.

Yet the decision about whether to make the costume was hotly debated by staff at the firm who questioned whether it was an appropriate move, according to [email protected]

It appears that Spirit Halloween has a history of making costumes which could be seen as controversial. These include culturally insensitive Native American outfits for sale on their website.

Under a cowboys and Indians section on the online store they feature a ‘Native spirit adult women’s costume,’ and a ‘Native American’s brave men costume’ which could both be seen as offensive.

Would you dress up as Caitlyn Jenner, or are you disturbed by this?