A young man who offered some unexpected kindness when he thought nobody was looking has received an unexpected award[1] for his kind act. 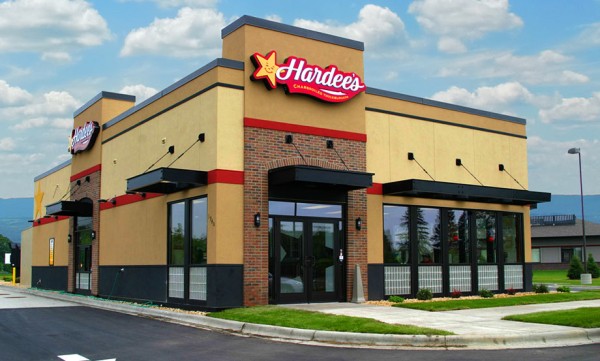 A Knoxville fast food worker who received attention on Facebook for an act of kindness received a special gift on Saturday as a thank you.

Kailen Young, 17, was rewarded after a picture of him was posted on Facebook last week. The photo, which has been shared more than 3,800 times, shows him offering his hand to an elderly woman[3]who needed help walking to her car. Young stopped washing windows when he saw the woman needed help.

Hardee’s gave Young a $1,000 check to show their appreciation. Young said he is still in shock over the attention his small act of kindness is receiving.

“Some people say they view it as rare, and I was surprised by that, because it’s just a normal thing for me,” Young said. “Going through reading the comments, it’s been very humbling, very heartwarming.”

“I felt a little touch of heaven, that kindness and goodness in the world. We need that so much, don’t we?” said Bobbi Clare, the woman Young helped to her car.

Young said he plans to attend college and major in engineering.

On one hand, this is a heartwarming story and the young man’s mother and father should feel very proud. On the other hand, however, what does it say about a society when these acts of kindness are so rare, they’re award-worthy?

Either way, good for this young man. He was obviously raised right. 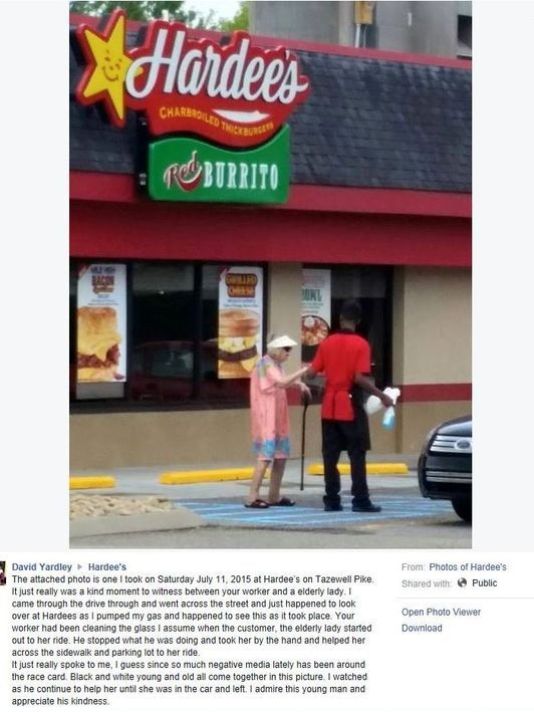