Hawaiian Cafe That Refused To Serve Trump Supporters Just Got SLAPPED With KARMA!

Even the island paradise of Hawaii has a bit of the sore loser bug in them and it’s culminated in some ‘gay-wedding-cake-esque’[1] type of hatred for all those that voted for Donald Trump. 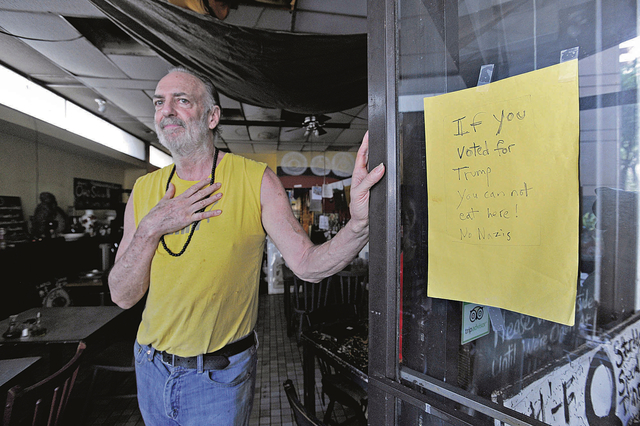 Honolulu’s Café 8 is really taking a hard blow on Yelp after someone from that establishment thought it would be a great idea to ban all Trump supporters from the popular mom-and-pop eatery.

The cafe’s owners just fanned the flames of the contention by posting a sign on its front door that reads: “If you voted for Trump you cannot eat here! No Nazis.”

Some people were ecstatic that Café 8 was taking a stand and opposing Trump. One Facebook fan of the Cafe wrote: “The next time you’re in Honolulu, eat lunch here. Not only are they on the right side of things, the food is delicious and reasonable.”

But others were not happy at all with the favored establishment: “It’s childish and very unprofessional,” Honolulu resident and Trump supporter Susan Roberts told reporters. “The restaurant owner doesn’t have to worry. I will not be stepping foot in that establishment.” 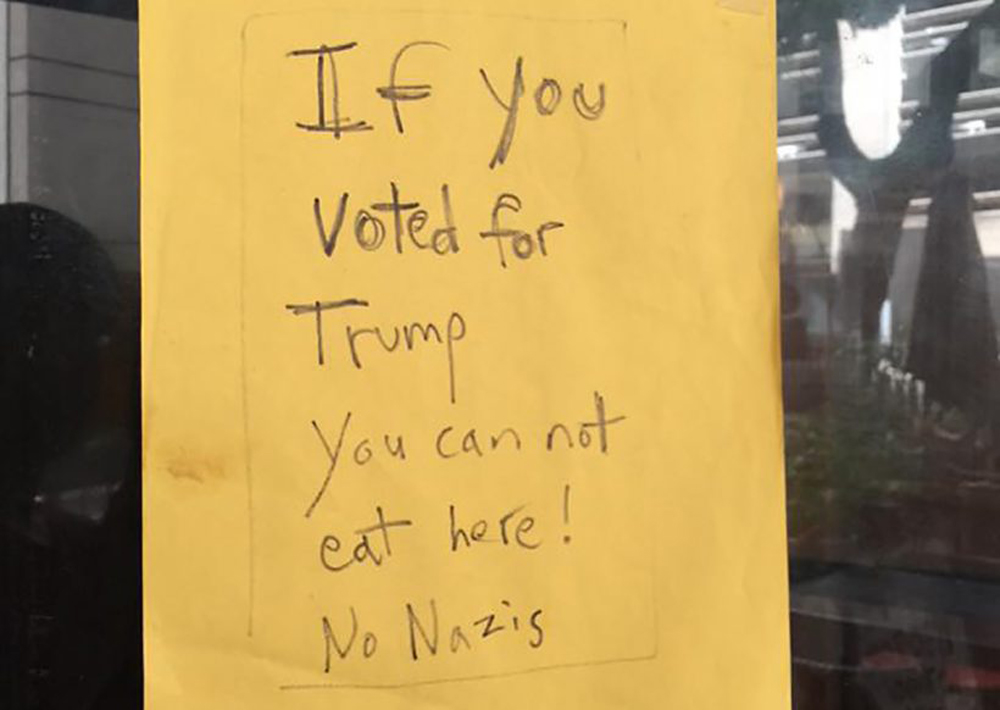 Trump supporters decided to play into the pettiness and get their revenge on Yelp, barraging Café 8 with one-star reviews and slamming its political “bigotry.”

The negative reviews started to gain so much support, so quickly that Yelp’s PC section posted a pop-up message on Cafe 8’s review page, warning that politically charged reviews will be deleted.

Café 8 is owned by Robert Warner along with his wife, Jali Warner. Jali seems to be befuddled by all the hate over her anti-Trump sign and insists the restaurant doesn’t ask customers if they voted for Trump.

“Robert just wants to express how much he doesn’t like Trump. If people take it personally or it hurts them, we cannot help. That’s why we say they have a choice if they want to come or not.”

So what? Openly discriminating against people who exercised their damn right to vote in a supposed ‘free election’? These people are disgusting.