He Heard an Odd Noise Coming from a Trailer. When He Opened It? OMG…

This guy has the kind of job that not many would envy, if ANY! He gets called out to work, when others are having an “infestation” problem[1]…and THIS story is about one house call he answered to that could probably break some records! 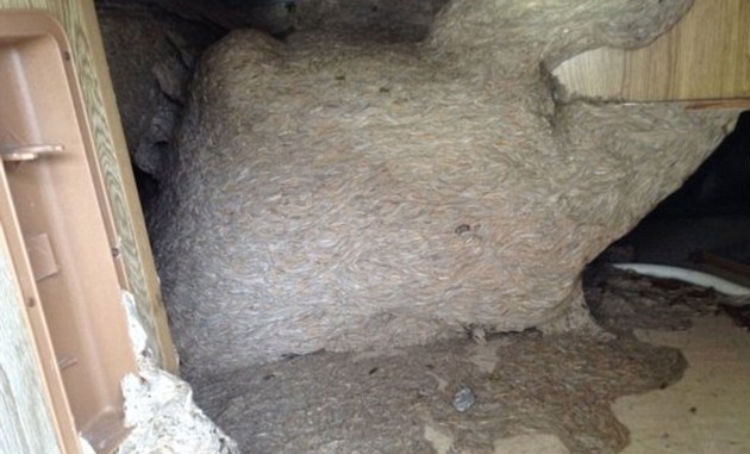 As you know, some people have extraordinary jobs. And for Eric “Critter” McCool, not many people envy his line of work.

McCool, a South Carolina man, earns his living removing bee swarms and nests from local residences. He now claims that he found the largest wasp nest in the state – living in a one man’s camper.

McCool filmed a video of South Carolina’s largest wasp nest which is included below.

“I was virtually inside the nest,” the bee extraction expert told The Post and Courier‎. “It was very hot, stuffy. It was like crawling through a bunch of cushions, and you could feel them buzzing against the bee suit.”

McCool was better than the wasps and claims to have removed 37 queens by hand.

Wasps or Yellow Jackets can deliver painful stings multiple times. But McCool doesn’t care, he’s been stung more than 6,000 times while working his job for the past 20-years.

“The possibility of killing this nest with pesticides was virtually impossible — it was too big,” McCool said so he used a “bee vacuum and grabbing bags” to remove the swarm.

The second biggest wasp nest in South Carolina was found in Charleston County in the 1990s and had more than 250,000 worker bees.

Who knew! That watching someone get rid of a wasp’s nest would be…absolutely fascinating.