He Killed the Man Who Molested Him as a Child, How the Courtroom Reacted After His Plea Says it All

Sometimes, in American jurisprudence, there are crimes that are illegal but still understandable. One such crime occurred and the courtroom made it very clear how they felt about the defendant’s actions.[1] 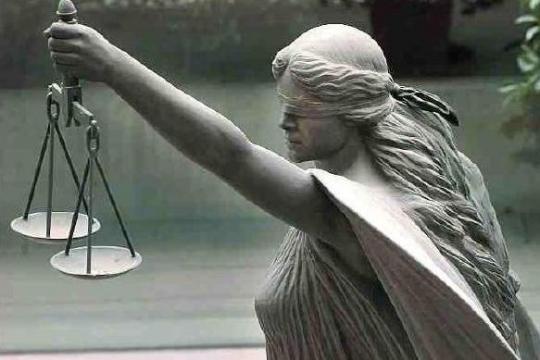 A New Jersey man pled guilty on Wednesday to murdering a man whom he claims sexually assaulted him for years.

In a surprising twist, however, the courtroom broke out in applause as he was escorted out.

According to WCBS-TV[3], Clark Fredericks fatally stabbed his former Boy Scout leader, Dennis Pegg, in 2012. Authorities said he was stabbed more than 20 times in the neck, chest and stomach.

He pled guilty to passion provocation manslaughter, which holds a maximum sentence of five to 10 years. The prosecution dropped the first-degree murder charges against him as part of his plea deal, per the New York Daily News[4].

Fredericks told the court during his emotional testimony[5] that he suffered psychological issues throughout his life after being assaulted and raped by Pegg during his childhood.

“From the time I was 8 years old until I was 12 years old, I was sexually assaulted and raped by Dennis Pegg,” he said.

“Dennis controlled me by torturing and killing animals in front of me, saying he would do the same to me if I ever told anyone about our secret.”

The 49-year-old also said that Pegg sexually assaulted a relative and one of his close friends, which he believes contributed to the friend’s suicide three decades ago.

While no evidence was ever produced of the abuse, WCBS claims several other men made similar allegations against Pegg.

What finally convinced Fredericks to kill Pegg, however, was when he watched the trial of former Penn State assistant football coach Jerry Sandusky. He told the court:

“I watched television coverage of Sandusky getting out of his car with his lawyer, and I saw the smirk on his face.”

Another friend of Fredericks, who assisted him with the murder, was also arrested as an accomplice.

As a matter of law, I’m sure this must be pursued. But as a matter of social conscience, I’m sure we would all be willing to look the other way on crimes like these.