He Slices! He Dices! He Defends his home! Sword wielding homeowner has surprise for burglars [Warning: Graphic Content]

Four armed burglars are questioning their life decisions after a Argentinian man  surprised them as they attempted to purloin his property.  Relying on his trusty  Samurai sword, the man put the hurt on the crooks,[1] sending them all to the hospital with severe injuries. 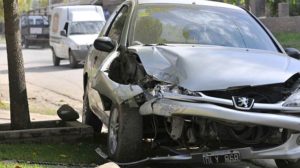 “A man defended his home from four armed burglars by hacking pieces out of them with a Samurai sword.

Dias Costa, 49, slashed the face, arms, and necks of the raiders, who fled the property in a getaway car while dripping with blood.

The burglary took place late at night in the Cerro Norte neighbourhood of Cordoba, in central Argentina – and all of the men are currently in intensive care.

Mr Costa, 49, and his wife Christina, 48, were asleep when the men, who were armed with two pistols, broke in at around 3.30am.

Police commissioner Mariano Zarate said: ‘In a moment when the attackers were not paying attention, the house owner took a samurai sword and defended himself, injuring the attackers and making them run away.’

In the panic, the thieves only managed to steal the equivalent of £278 and fled in a Peugeot 206 car which was parked outside.

Bleeding heavily, the driver lost control of the vehicle and hit a stationary car forcing all four to go to hospital for emergency treatment.

Police initially arrested two men and one woman, but another man who hid was forced to come back to hospital the next day due to serious sword injuries.

The Costa family have moved in with relatives as they fear they might be targeted in revenge attacks.

Prosecutor Jorgelina Guties said: ‘We could not yet question the victim of the burglary as he is still in a state of shock’. “

A big win for the good guys, who were able to protect themselves from a bunch of armed thugs.  Maybe next time, others will think twice before attempting to steal other people’s property.