Tim Allen has been known to clown on the Obama’s[1] from time to time, but on NATIONAL T.V., so it gets quite a lot of attention…or applaud rather. Now, the Clintons have got to join in on all the fun…here is dialogue from an interview Allen had…I have a feeling you might enjoy this one. 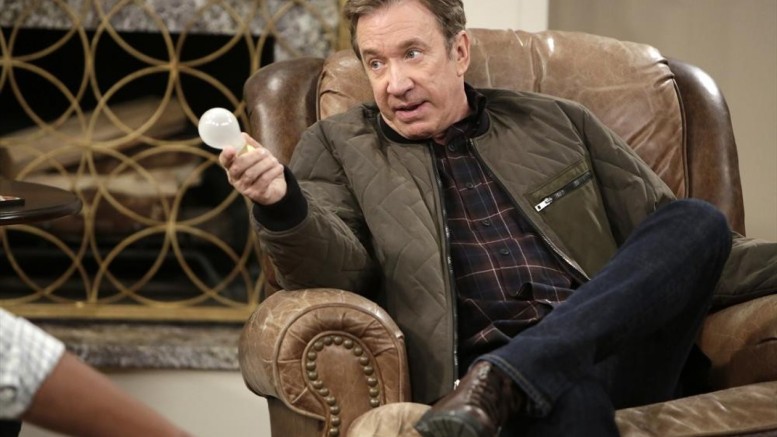 What riles you up the most?

Unearned responses, unearned praise, unearned income: I have opinions about it. When you watch the debates, on both sides you see clowns who say shit that ain’t ever going to happen, but lately one party is the free shit party. They are just telling people they’re going to get all sorts of free shit. When you say you’re going to get free education, free health care — f—, free brown loafers — of course everybody’s going to say yes to that. But you don’t mean it. That’s how you rack up debt, and debt is killing us. Whatever party is going to get us out of debt is my party.

What party is that?

I met with John Kasich, a great guy. He’s a Republican that Democrats would vote for, a Republican the Republicans should respect. But he’s not saying provocative things. He’s not glib enough or he doesn’t speak well enough because somehow he doesn’t get traction. So we’ll end up with somebody scary.

Well, we asked the female writing staff if they’d vote for Hillary just because she’s a woman, and they all said yes. So then the question was, “So if Sarah Palin was the female?” They all choked and they had to say, “Oh God, yes, we’d vote for her.” I didn’t quite buy it. I don’t think you should vote for somebody just because they’re tall, thin, yellow, green, whatever. Bernie Sanders, as nice a guy as he is, none of that shit’s going to happen. And Trump can’t send everybody to Mexico or whatever the f— he said. But give that guy the roads, bridges, infrastructure, power grid — just have him fix that shit for four years. He’s good at that. And he’s a businessman so he understands how debt load works. Forget the stupid shit he says about immigrants. That’s just ignorant. But he might be able to do the stuff that really needs fixing.

So you’re not opposed to Trump?

I’m not opposed to anybody if their workload matches their bullshit load.

Why has the show gone after Hillary but not Trump?

It’s a little surprising to me. We have a very liberal writing staff, so I’m surprised they haven’t taken a shot at him. But we’re not sure he’s going to last, whereas the Clintons are like herpes: Just when you think they’re gone, they show up again.

Didn’t you try a bit about Obama raising the communist flag at the White House that never made it to air?

We got network notes saying you can’t call the president a communist. So, of course, I really wanted to. I do it in rehearsal all day long.