The bond between a mother and her child (of any species) is stronger than any force on earth. This is exhibited by a dog who stayed by her dead puppy’s side, even after burying it.[1] 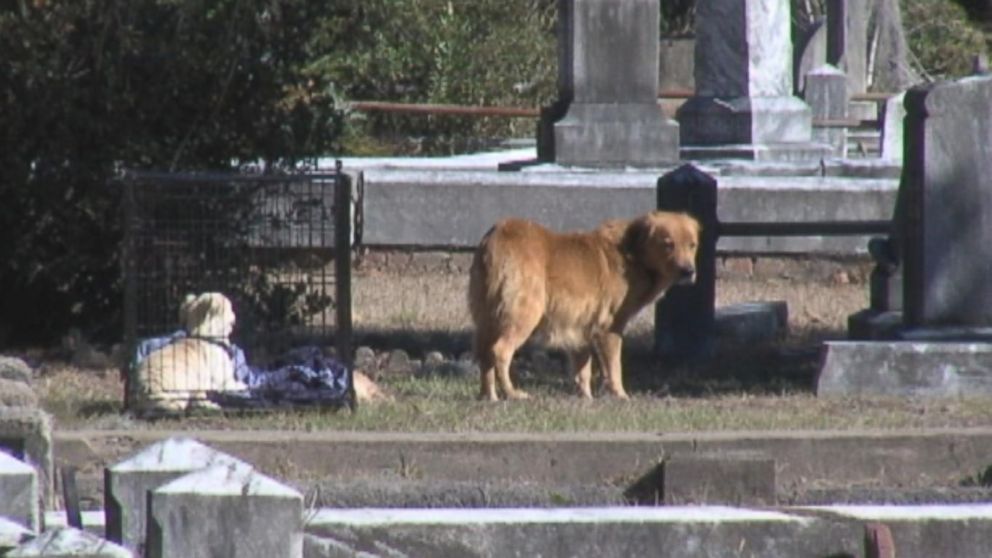 A stray dog refuses to leave a Georgia graveyard after its puppy died, according to a teen who has been trying to rescue her.

Hunter Cone, 15, said he was in the Laurel Grove Graveyard in Savannah, Georgia, for an art project when he came across the stray dog guarding the body of her puppy.

Cone said the dog was skittish and kept running away from people, but refused to leave the area.

The high school freshmen said the dog refused to leave the area after it apparently buried the puppy nearby.

“We’re trying to work a strategy to get the dog,” said Cone, who was being helped by his mother.

Savannah Chatham Animal Control told ABC News they were aware of the stray dog at the cemetery and confirmed she had not been brought in yet.

Cone said he hasn’t yet named the dog, since he knows that with three dogs, his family can’t take on another one.

“I feel that would personally get me attached to dog to the point I can’t give her away,” he said. For now the plan is to try and get the dog out of the cemetery and bring her to animal control before setting her up with a foster family.

“She’s very scared [but] she’s not aggressive at all,” said Cone.

If more humans had this type of dedication to their young ones, the world would be a much better place.