Her Newborn Son Wouldn’t Stop Crying, Now She’s Going to Prison For What She Did About It…

There are few things so gnawing as a persistently crying baby. Frustration is understandable. However, a new mother took this frustration to a whole other level and now she is facing prison for having stabbed her baby to death with a pair of scissors[1] for merely doing what all babies do. 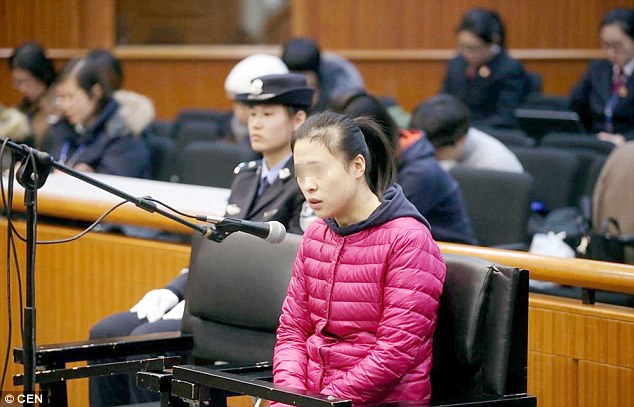 The horrific case of a young woman found guilty of murdering her illegitimate infant son because of his persistent crying has appalled scores of people across China.

It was the second occasion the 23-year-old woman, with surname Wang, had got pregnant out of wedlock with her long-term boyfriend, named only as Qiao, reports People’s Daily Online[3].

Ms Wang is said to have stabbed her new baby repeatedly with a pair of scissors shortly after he was born in April, before Mr Qiao dumped the corpse the next morning in a bin near their flat in Haidian District, Beijing.

During their trial on the morning of December 8, Ms Wang claimed to have had no knowledge of being pregnant until she went into labour on April 23 of this year and said that the child ‘cried all the time’ after his birth.

She said that the baby was delivered without any medical assistance at the couple’s flat, and that she cut the umbillical chord herself, claiming she stabbed the boy ‘by accident’ as she attempted the procedure.

Thinking she could be understood by the newborn despite having previously been to medical school, prosecutors found that Ms Wang threatened the infant by saying ‘I’ll poke you if you cry’ before using the scissors to violently stab the baby’s chest and neck, causing acute hemorrhaging.

Ms Wang has been charged with intentional murder and Mr Qiao with destroying evidence by the public prosecutor in China, although their sentences have not yet been announced.

Mrs Wang and Mr Qiao, who were arrested on April 28 and 29 respectively, first met back in 2012 and subsequently entered into a long-term relationship.

Wang claimed that when she saw she was discharging blood on April 23 she assumed she was on her period, before the pain of contractions came and she gave birth to the boy.

At around 6pm that day, Qiao returned their rented flat. Wang claimed in court that she did not mention the death of the baby and Qiao didn’t ask, before putting the body into a pink carrier bag.

Concerned their flatmate would discover the deed, the couple stayed in a hostel overnight before Qiao left for work early the next morning, allegedly throwing the copse into a dustbin.

The prosecutor recommended that the court sentence Wang to a jail term of between three and seven years and Qiao to a one to two year probation.

Their sentences have not yet been confirmed.

It is simply unbelievable that China, a nation with a long history of indiscriminate persecutions and state-ordered executions, would tolerate outright infanticide by recommending such a small sentence!

Evidently, murdering a baby is a slight no-no in China; but speaking out against the regime will take decades from you or even your life. #priorities