When you have 95% name ID and are getting 117% of the earned media, it’s not surprising when you do well. I think people are still surprised to see prominent Hillary Clinton donor Donald Trump at the top of the GOP field though[1]… 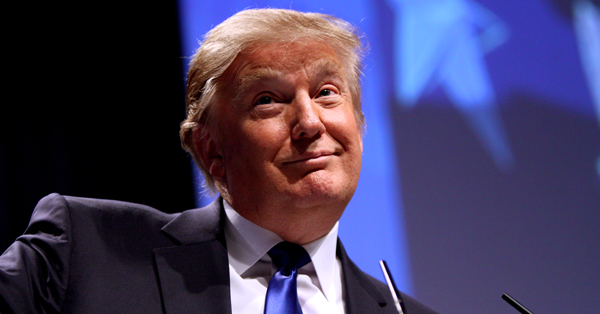 In the nationwide survey, Trump leads at 17% and former Florida governor Jeb Bush is second at 14%, the only competitors who reach double digits. Trump’s edge, which is within the poll’s margin of error, is one more sign that his ​harsh rhetoric about immigration and toward his rivals has struck a chord with some voters…

While he leads the GOP field, he fares the worst of seven hopefuls in hypothetical head-to-heads against former secretary of State Hillary Clinton, the leading Democratic nominee. Bush, the strongest candidate against Clinton, lags by four points nationwide, 46%-42%. Trump trails by 17 points, 51%-34%…

That’s right, the man who once though that President Obama’s policies had saved American from a depression[3], is now leading the pack of people who are running against those policies.  Thankfully, as someone who remembers the 2008 Election between Rudy Guliani and Hillary Clinton, the early polls don’t usually matter much,