Oh, to hear the weeping and wailing of over-dramatic, pampered celebrities…like music to my ears! With the office of the President becoming a reality for Donald Trump, I think it’s about time that Americans[1] everywhere start demanding that these emotional cry-baby celebrities start keeping their word about moving out. 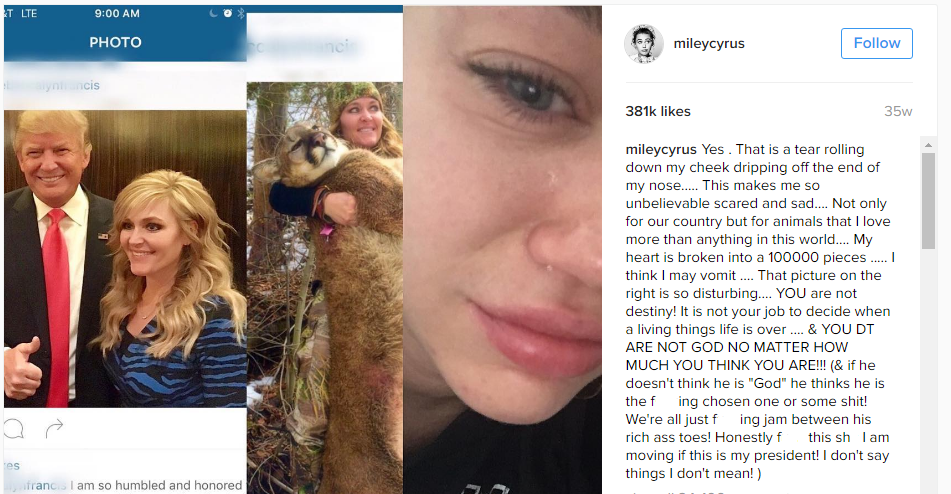 Amy Schumer. You’re front and center. The comedian/actress has said, “My act will change because I’ll need to learn to speak Spanish because I will move to Spain, or somewhere, speaking with British magazine New Music Express…It’s beyond my comprehension if Trump won. It’s too crazy…I would consider getting in a rocket and going to another planet.”

Lena Dunham, that disgusting feminist, has already divulged her plan to remove herself to Canada. “I know a lot of people have been threatening to do this, but I really will. I know a lovely place in Vancouver and I can get my work done from there.”

On Jimmy Kimmel Live, Samuel L. Jackson was quite adamant about leaving: “If that mother***er becomes president, I’m moving my black ass to South Africa.”

Al Sharpton has spouted off, too: “If Donald Trump is the nominee, I’m open to support anyone, while I’m also reserving my ticket out of here if he wins.” PLEASE, AL…PLEASE, keep your word. The black community would have a better opportunity to thrive without you.

Model Amber Rose told Us Weekly magazine. “I’m moving, I’m out! And I am taking my son with me! I would be devastated, to be honest with you.”

Good. Take your fat, fake, injected butt with you.

Cher also got on the liberal wagon and tweeted the following message:

@gabeAlfassy[3] IF HE WERE TO BE ELECTED,IM MOVING TO JUPITER ????

George Lopez attacked Trump’s ‘improbable’ racism when he gave his word, “if he wins, he won’t have to worry about immigration. We’ll all go back.”

Now let’s watch the liars go back on their word.