In an effort to salt America’s wounds[1], President Obama did something that could be considered offensive at best.

Perhaps he did this on purpose, or maybe he REALLY doesn’t know that this behavior could be deemed a spit in the eye to a grieving country, but Obama brought in 441 Syrian refugees days after the Orlando shooting. Worse? Dozens have been sent to Florida. 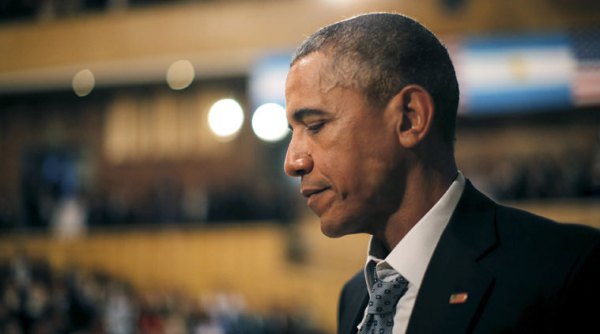 In the days since an Islamic radical murdered 49 people at an Orlando gay bar, the Obama Administration has admitted hundreds more Syrian refugees to the United States, including placing dozens in Florida.

According to State Department data, since June 12, 441 Syrian refugees have been resettled in communities across the U.S. Just five of the recent arrivals are Christian the rest are Muslim, including 434 Sunni Muslims and one identified as simply “Moslem.” One is listed as having “no religion.”

The 441 new arrivals have been resettled across 26 states, with Illinois (60), Florida (49), and Arizona (38) taking in the most Syrian refugees over that four-day timeframe.

Florida Gov. Rick Scott says he is opposed[3] to resetting Syrian refugees in his state amid ongoing vetting concerns. Tuesday, following the attack, Scott expressed frustration that the administration is refusing to share information about the Syrians placed in his state.

“The White House said they will not share that information with the Florida law enforcement. They said, oh, that — those people have privacy rights,” Scott said during an appearance[4] on Fox News.

“What about our security rights?” Scott continued. “The security and making sure if you live in my state, you’re gonna be safe. I’m responsible for the safety of the people in my state. I’m fed up with the fact that we’re not destroying ISIS. We’re not vetting these people; we’re not taking care of our own citizens.”

The Obama administration has dramatically increased its processing speed in order to meet the President’s goal of resettling at least 10,000 Syrian refugees in the U.S. this fiscal year.

This is absolutely unbelievable! Our President is intentionally putting us at risk in the name of political correctness and refuses to listen to the will of the very people who elected him.