Here’s What the Media Is HIDING About Donald Trump

Surprise, surprise…In The Washington Post’s review of the 2016 presidential race, someone unlikely, defends Donald Trump. Stating…if Donald Trump wins the GOP nomination, he could beat Hillary[1] in the race for president. 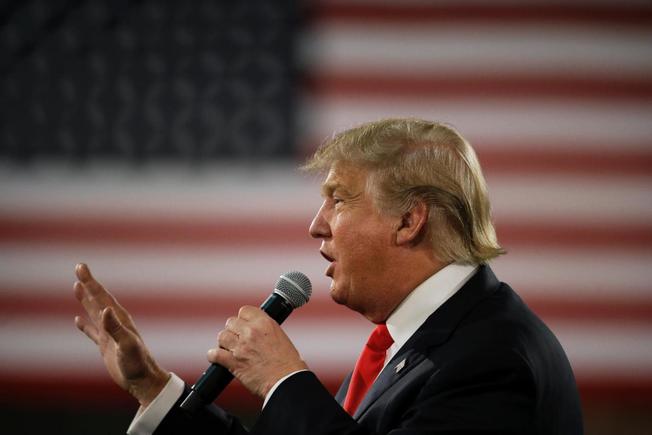 “I’m not one of these people that think that Donald Trump can’t win a general election,” Republican National Committee Chairman Reince Priebus said in an interview with The Post. “I actually think there is a huge crossover appeal there to people that are disengaged politically that he speaks to; Donald Trump taps into the culture.”

As chairman of the Republican National Committee, Priebus has to stay optimistic about the candidates in his party as well as the party’s chances of winning the nomination. He may not truly like Trump personally, but he does think that he could win a general election because there are many Americans out there who don’t usually vote that will turn out to vote for Trump.

Last week, critics were skeptical about Trump’s chances to gain votes at the caucuses because his campaign could not access a voter file. This voter file would be able to tell the Trump campaign which voters typically end up voting at the polls and which ones do not. But now, the Trump campaign has access to the voter file.

However, Trump’s biggest support remains to be from low income and low educated white people. Studies show that people who earn more money are more likely to go out and vote. According to the Census Bureau, less educated voters don’t usually vote at the polls.

According to last month’s Quinnipiac poll, Trump beat Hillary Clinton in a hypothetical general election because of less educated voters supporting him.

And finally, we’ll note that Trump’s support has some crossover appeal to Democrats, according to research reported by the New York Times.

Overall, Trump’s main support base comes from groups of people who don’t typically vote in elections. So if Trump can get them to vote then he’ll have a good chance of winning the nomination and the presidency.

However, it will be difficult to get non-voters into the voting booths. Voters who are less educated are often younger and don’t care about voting all that much. These are people who move around a lot and are likely renting a residence instead of owning one. They also work odd hours, which means they might not be available to vote on Election Day because they will be working. This is a big reason why Democrats want early voting options because their voters need them in order to vote for their candidate.

Therefore, if the Republican Party wants to help Trump win the general election then they will need to find a way to get the less educated voters into the voting booths without getting the voters who will vote for a Democratic candidate.

It was reported by The Hill that Republicans in Iowa say Trump’s campaign “is the real deal.” One Iowa Republican said “the question is whether the people they’ve identified as supporters will turn out,” which he thinks may not turn out.

Despite Trump’s big lead in the polls, he will need to get the less frequent voters to actually go out and vote for him if he is going to have a chance at winning the nomination. If he can do this then he will win. If Trump makes it to the general election, then he will most certainly win. Even though Priebus may worry about this, he would rather it be Trump in the White House than Hillary Clinton.

Priebus’s role in all of this is to increase the Republican Party’s chances of taking back the White House, even if that means putting Donald Trump there.

We can only hope that people who do not normally vote, do their part in getting educated, and get out to the voting booths this next election. It is so important.