Here’s What This Gov. Just Said About Court Order To Remove Ten Commandments

Last week, the Oklahoma Supreme Court ruled[1] that the Ten Commandments monument needed to be removed from the state capitol, because it endorsed such closed minded religious beliefs as “thou shalt not steal” and “thou shalt not kill.” OK Gov. Mary Fallin is refusing to remove them, and said this: 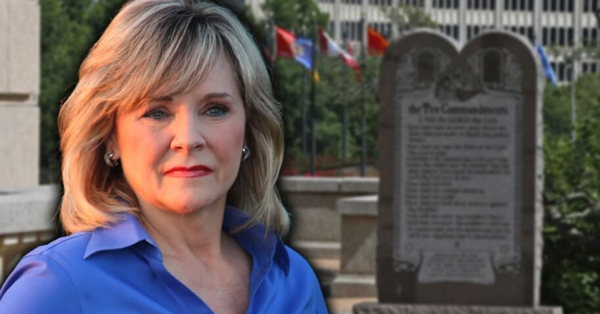 The Ten Commandments monument was built to recognize and honor the historical significance of the Commandments in our state’s and nation’s systems of laws. The monument was built and maintained with private dollars. It is virtually identical to a monument on the grounds of the Texas State Capitol which the United States Supreme Court ruled to be permissible. It is a privately funded tribute to historical events, not a taxpayer funded endorsement of any religion, as some have alleged.

She and the AG have asked the court the reconsider the decision.  She believes they made the wrong decision, and the monument is historical in nature.