Yeehaw!!! It’s official[1]— Women get to wear a hijab during basketball matches. Some news sources are calling this “a big step forward in women’s sports.” (It’s good they say that in case you were confused and thought it a step backwards.) 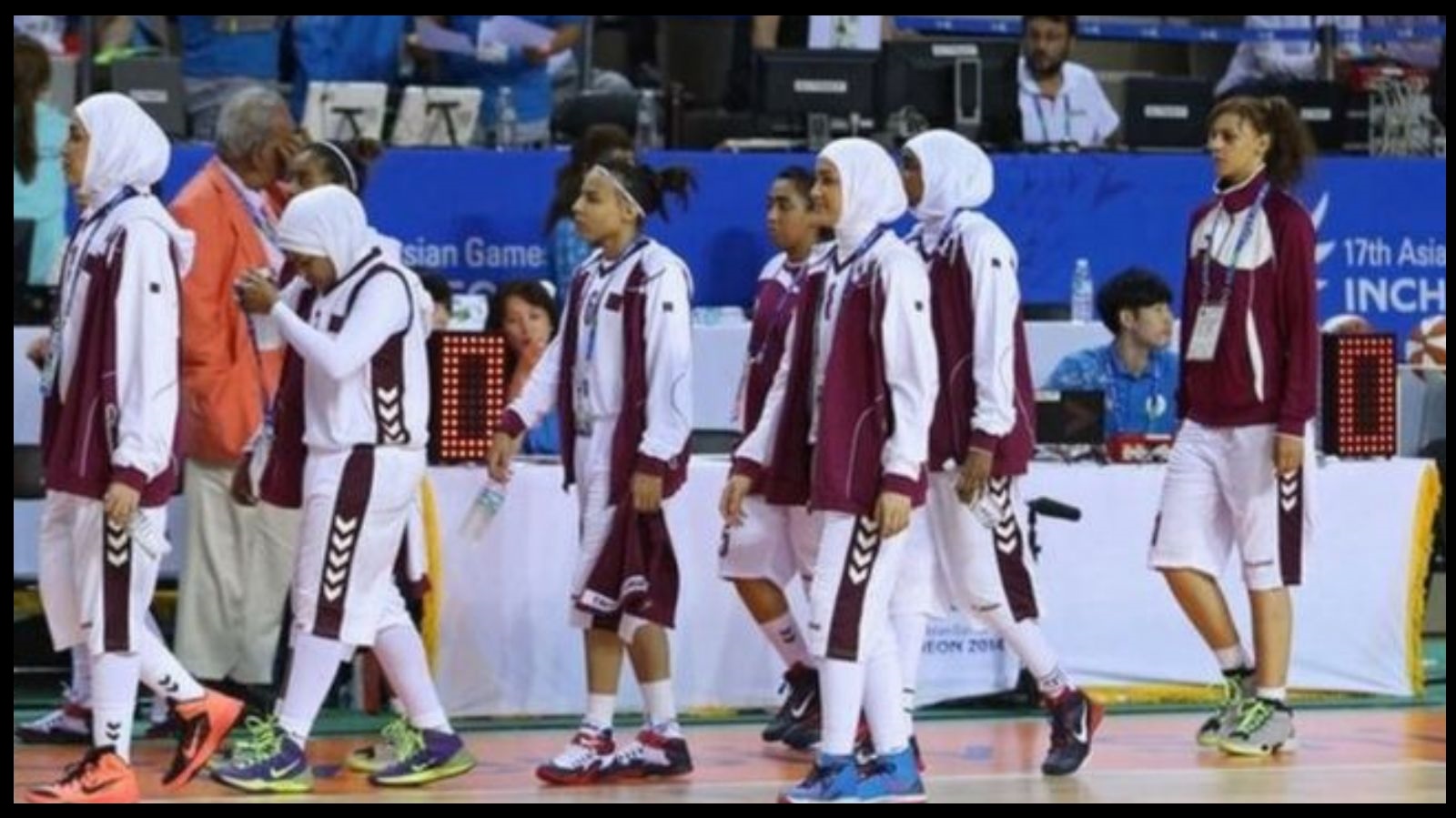 BBC made this ALL-IMPORTANT announcement on the BBC Sport Facebook page, over the news that the International Basketball Federation (FIBA) had changed a ruling that did not allow female basketball players to wear the hijab during matches, on the grounds that it was a safety issue. Ironically, many sports enthusiasts received did not receive the news well and even contended the decision is, in fact, a step backwards rather than forwards.

User Nathaniel Shelley wrote:
“In what way is this a big step forward? The hijab is an oppressive garment for men to control their wives. But yeah, if it makes the beeb feel more virtuous then let’s pretend it’s progressive”

User, Codey Sharp wrote:
“This is a step backwards, allowing women to be oppressed even whilst playing sport, marvellous.”

But I some cases some women don’t feel like they can play due to religious beliefs. In 2014, the Qatari women’s team were forced to withdraw from the Asian Games after being denied permission to wear the garment during matches. Last month an Australian photographer responed to what he called a “tragic” rise in “anti-immigrant sentiment” in his homeland by taking the all-encompassing piece of Islamic female clothing known as the burqa and using it as an art prop, describing it as “critique of the rising far right and Islamophobia”.

So what do you think? Previously, the International Basketball Federation banned hijab for safety issues. Do you believe that there were safety issues involved of was it just prejudice? I know that personally even wearing sunglasses, my vision is limited when I’m trying to be active. My guess is that the FIBA originally cared about the safethy of the players and now they have relieved the ban because they care more about being politically correct.