Hillary Asked About Women Involved in Husband’s Sex Scandals, And Then….

It has to be rough…being a liar. Hillary Clinton[1] was asked if she had “empathy” for the women that were involved in sex scandals during her husband’s presidency… It’s really too bad she is so hamstrung to being “politically correct” or else she could have just pulled a “TRUMP” and kept it real…but instead she just tippy toed around the issue and re-directed it to voters… 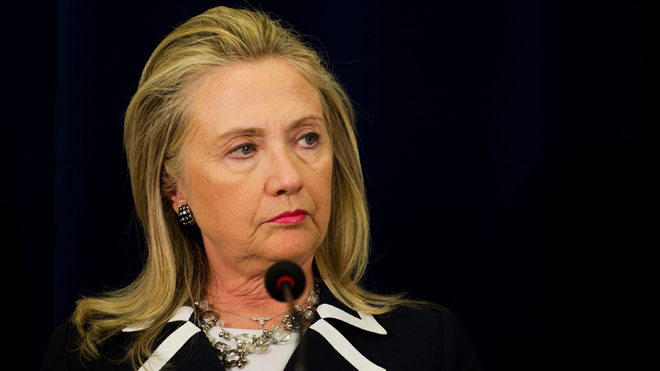 Democratic presidential candidate Hillary Clinton declined on Monday to say if she has been in communication with any of the women involved in the sex scandals during Bill Clinton’s presidency.

Asked if she has had any interactions with them, or feels empathy for any of them, Clinton told The Des Moines Register: “No, I have nothing to say and I will leave it to voters to determine whether any of that is at all relevant to their decision.”

GOP presidential hopeful Donald Trump has brought the former president’s past marital infidelities and allegations of sexual assault into the political conversation again in recent days, saying on “Fox News Sunday” this past weekend that some of the women “have been totally destroyed. And Hillary worked with him.”

Clinton has repeatedly declined to answer questions about the women, or Trump’s comments.

The “fake” is strong with this woman…