Hillary Clinton charged the Boys and Girls Club a massive fee to speak, doesn’t interact with the children

Admittedly, I’m a partisan blogger writing for a partisan blog, so I’m not generally a fan of Hillary Clinton’s in the first place.  All that being said, partisan disagreements aside, even lefty’s have to admit that this is pretty terrible[1]… 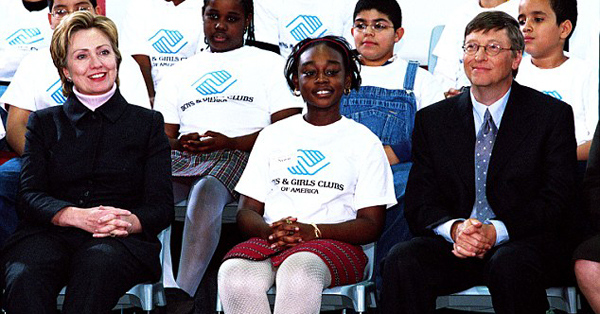 Hillary Clinton reportedly charged a Boys and Girls Club chapter $200,000 for an appearance, then left the premise without saying hello to children who benefit from the program.

The massive fee, which she donated back to her family foundation, was the largest the Long Beach, California, organization had ever paid a public figure for a speech, Politico reports.

By contrast, the club made $106,000 off the lunchtime, charity event – its lowest yield in 25 years. A contributing factor to the diminished proceeds: Clinton’s large entourage. It reportedly took up seats that would have otherwise been sold to donors.

They paid her $200k, yet only made $106k back.  Yes, a charity event whose featured speak was Hillary Clinton LOST close to a hundred thousand dollars. Call me  RWNJ, but I have to imagine that any other speaker would have spurned at least $1 in profit.  I’m just saying.